They say there is always a difference of opinion and conceptualization of various aspects from one generation to the another. One such institution which has been rapidly changing and perceptions differing is that of Marriage.

When I was younger and watched my aunts and uncles enter into nuptial bonds I would always witness a positive environment where both the bride and groom would look forward to a new beginning and people around spoke very positively about building a beautiful relationship together. But today the scenes have completely changed, when someone is about to get married the first comment murmured by most of them is “Game over” its the end.
Well is it really an end of good life?

Recently I spoke to one of my friend who was married with a kid, on enquiring about her life she promptly told me that she was very unhappy and regretted marrying and having a kid early. I was taken back because I knew that her husband was a good man and the concept of bad marriage was never in the picture. She then told me that after delivering the baby her husband had asked her to take a break for few months and concentrate on the kid after which she could resume her work once they could find a reliable caretaker to take care of the baby, but she was so upset staying at home and spending time between the four walls that she assumed that the marriage itself was bad. I took a while to make her understand that her husband was definitely not wrong since he had not stopped her from working but had just asked her to stay back till they could find good hands and moreover it was the time she had to take care of herself and the baby. She seemed to be not convinced but I was convinced that most of us today term marriage bad just because one’s desires are not fulfilled and it has nothing to do with marriage being good or bad. 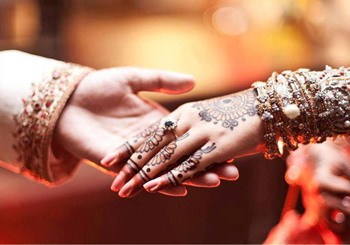 In the past when we asked small kids what they wanted to become in the future many of them promptly would say they wanted to be married but today you ask any kid irrespective of the gender the first response we hear is, no we don’t want to get married and waste our life but we want to become something in life. Well it’s a sad state that the idea of marriage being bad is filled into the minds of youngsters who grow up with the same attitude and end up having bad and failed relationships.

When I announced to my friends that I would be married at an age of 25 some of them laughed and made fun and told me that it was my end and the rest of my life I would take care of my husband and children which was definitely not the case. Marriage for me till today has been the most beautiful journey. Yes, like any couple we have had our own ups and downs, we have had bitter fights, we have yelled and cried but we have also stood beside each other no matter what come may. We have had some of the best moments which we would never enjoy if we weren’t united in the holy sacrament of matrimony.

When I ask few of my friends why they choose not to marry they promptly say that marriages we see around are collapsing and they don’t want to enter into a relationship and regret. Well we see marriages failing is not because there is a fault in marriage but because we fail to select the right person and most of the time we ourselves fail to be a good spouse. Today most of the youngsters look for unrealistic pleasures from a relationship, they assume that everything would be rosy and when things go a little out of hand they would want to snap out and look for other greener pastures.

I would definitely not want to be judgemental here, I know there are some situations which are out of control and one cannot do much about it but most of the time any marriage can definitely be saved with compromise, understanding, forgiveness and lot of love. Maybe we need to be a good example to our children and take inspiration from our parents and lead a beautiful married life.

I have always admired by parents who have lived close to 30 years together and still growing strong. I have never ever once heard my mother or father complain about each other. Their love and commitment for each other tickles in me an urge to live the same kind of married life. The mistake most of us today do is draw our inspiration and get influenced by the broken marriages we see around, the media and the media persons and their life impact us so much that we make conclusions before actually entering into the bond.

In this article I am definitely not saying that marriage is easy or cake walk, probably if you think logically it’s the most difficult relationship in the world but it is worth it for each and every inch of effort we put in. I myself am enjoying a beautiful bliss, marriage has made me tremendously strong, I have learnt to tackle situations in life in a more calm and composed manner. Well I have not given up my passions and desires, it’s my husband support and helping hand that motivated me to publish books, it’s his encouragement that made me take up chocolate making and awakened the entrepreneur skills in me. Most of all marriage has made me look forward to quiet evenings in my husband’s arms giggling and laughing, it’s given me a best friend for life.

Through this writing two most important things which I wanted to highlight was firstly marriage is definitely not bad or the end of happiness, but a beginning of a fun filled and satisfying adventure. For a marriage to work we definitely need to put in efforts, at times we may have to say yes when we wish to say no, we may have to give up a little or take in more but all of it will not go waste when you are doing it for the person you love. I wouldn’t say one needs to give up self-respect or kill ones dream to be married, but rather when there are situations which demands nothing but a little compromise and adjustments let’s not fail to do so and save our marriage. Secondly let us make a wise choice when we are selecting our life partner. Most of us today get carried away by looks, money and wealth we fail to analyse whether we will be in the position to spend our life with the person for the rest of our days. Let us learn to make a good choice and select a person who suits our temperament and try leading a beautiful married life.

Next time if any of your friend or relative is moving ahead to get married don’t tell them it’s end of their life, but tell them how beautiful marriage is. Try creating a positive environment so that the young couple would enter the holy sacrament fearlessly and remain happy and contended forever and also the coming generations would learn to respect and preserve the sanctity of marriage.

By Sonal Lobo, Bengaluru
Sonal Lobo, born and bought up in Bengaluru, is a post graduate in commerce from Christ University, Bengaluru. She has been writing from the age of 10. Her writings have been published in in a number of publications of repute. She has published two books 'Thoughts Sublime' and 'Whistling Words' both collection of poems and also contributed in various anthologies. Currently she is working as an HR counsellor in Bengaluru. You can reach her at sonal_chocolate@yahoo.co.in
To submit your article / poem / short story to Daijiworld, please email it to news@daijiworld.com mentioning 'Article/poem submission for daijiworld' in the subject line. Please note the following: