It is indeed very sad to read newspapers or watch news these days. All that we come across is bitter news, which in a way disgusts and depresses all who read it. Recently when I was going through the posts shared in one of the social networking platforms, I came across an article where a 12-year-old girl was abused and killed by her own relatives. Below the news, I also read that many people were protesting and pressurizing the judiciary to take action immediately. It was good indeed to know that public had taken the initiative to fight and stand by the grieving parents. Yet again, an innocent girl had become a prey to her family’s feud and vengeance.

Thinking about this whole issue, I started wondering that there are so many ways in which a woman is targeted and abused. Major issues are bought into light, but what about small issues which happen within closed doors? No one understands the pain. I would want to throw light on a few issues which may sound silly, but definitely most of the women go through them in silence.

Right from a tender age, a girl is expected to live by certain norms and prejudice set by the society. I remember an incident. While talking to my friend over a cup of coffee, she discussed with me her fascination for martial arts. She was quite athletic and had an ambition to master Karate, but was not permitted by her parents. They felt it was something that had to be learnt by a boy and they forced her to join dance classes. My friend was learning dance from eight years just for the satisfaction of her parents and had absolutely no interest in what she was learning. Even today, most of the parents fulfill their dreams through children. It is not wrong if the children are happy, but it is not good to force a child to take up something which they are not interested in. It is time we stop differentiating based on gender and openly encourage our girls to take up what they are interested in. It is sad to know when the world is progressing at a rapid rate, there are a few parents who feel that it is not worth to educate girls and instead get them married off. There are hundreds of girls who are intelligent and ambitious, but suffer in silence because they are helpless to voice out what they want to learn and become in life. 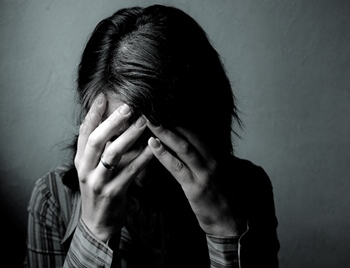 The next important step in a girl’s life is marriage and the drama that surrounds it is quite difficult to explain. I would not quote examples of others' life, but share the experience which I went through. Being on the heavier side, I was always body shamed and asked to reduce my weight. More than people advising me to reduce my weight for my good health, I found people around asking me to reduce in order to get married. I still remember when I had been to my native and was sitting with all my relatives, my aunt rather made an insulting comment. She told me that it is very difficult to find a good educated boy for me as I am not slim. She also said that I do not wear modern clothes and wear plain salwar and scapular around my neck which no guy likes these days. She concluded her remarks by saying that I would have to marry an old man because he would suit me better. Well, these comments did hurt me, but what it made me realize is that, at every stage, a woman needs to fit the bill. If a man is bald or fat, a girl cannot express her dislike and is blamed to be choosy and have attitude. On the other hand, if the boy complains that the girl is fat or not tall, then immediately a girl is forced to change herself to suit into the brackets of a perfect girl. It just does not end here. If a girl is slightly modern and dresses up stylishly, she is again judged and mocked and labeled as someone with 'loose' morals. In the name of getting a girl married, she undergoes so many insults, pain and all this she bears in silence.

After marriage, she is expected to be in a certain way. Dress and eat by the standards set by her in-laws. What I really do not understand and accept is the fact that a girl after marriage is expected to compromise in the name of adjustment. My colleague was recently sharing an incident related to her proposal, where she was asked not to work for a year after marriage, as the boy’s sister was jobless and she would feel bad to see her future sister-in-law working. So the girl, who would marry, had to wait till the boy’s sister finds a job, after which if everything was fine, could resume her work. Where is equality? I was astounded by this proposition and rather glad that she rejected the proposal. Why should a woman sacrifice her dreams and passions just because she is married? I have had friends who were wonderful singers, dancers, artists, and painters who after marriage have given up everything just because their in-laws and husband feel that pursuing their passion would not allow them to fulfill their responsibilities as daughter-in-law and wife. Why are women not encouraged? Is it not a crime to strip a woman of her identity and force her to kill her dreams? Unfortunately, no one talks about it.

I know that every woman needs to adjust to the new family and keep the family united. But what if the new family does not co-operate with her? Why does the society forget that the efforts must come from both the ends. I see around me, when a married woman chooses to live separately with her husband, she is accused and blamed of separating her husband from his parents. But why does anybody not think about the girl? Sometimes a girl is seriously abused. She is not allowed to go out, dress up in a certain way, and not allowed to speak out. In spite of all this, when she demands for justice, she is said to have attitude and is accused of breaking the family. I have seen in many houses where a daughter and daughter-in-law co-exist. Any harm that happens to your daughter at her in-laws' place is termed to be sad, but when your own daughter-in-law goes through the same hell at your place, she is expected to adjust. What justice is this? So many women around us are victims of this favoritism and are suffering all of this in silence.

If raping and abusing a woman is a terrible crime, then one must remember that crushing a woman’s passions and dreams is also a crime. When a woman dares to trespass all this and starts her journey towards her dreams, she is again questioned and judged. I remember when I first decided to publish my poetry book, only my husband and parents encouraged me. Others laughed at me and thought it was stupidity. Yet, I faced all this and came out with my first poetry book. Many genuine people complimented me and appreciated my talent. But there were a few who laughed and judged me. One silly reason I was judged for was that, on the acknowledgement page, I had thanked only my husband and parents and not my in-laws. I had not done so as I received no encouragement from them and I was laughed at for writing. I was bold enough to stand for what I believed in. Marriage is not a passport for a woman to forget her parents and go away from them. If it is the responsibility of man to take care of his parents, then it is the responsibility of a woman to take care of her parents.

We see protests and marches demanding justice for women. I guess all this will not help if we are not fighting for the lady in the house. Be it your wife, sister, mother, daughter-in-law or anyone - respect begins from home. Respecting a woman does not mean just feeding her and giving her a place to live. It means to understand a woman, give her freedom and space to voice out her opinion. Treating women with dignity and equality is the biggest step towards reducing crime against her. When you lend her support, she will give her everything to the family which most of them have forgotten. Woman, they say is the highest reservoir of untapped talent. Let us not turn a blind eye towards the needs and wants of a woman. Let us strive to provide a platform to them so that they may come out of their cages and be the best version of themselves.

At the end, let us not forget one thing - a happy woman means a happy family. Let us try a little harder to fight again the injustice done towards women and try putting an end to all that suffering which happens IN SILENCE.

By Sonal Lobo, Bengaluru
Sonal Lobo, born and bought up in Bengaluru, is a post graduate in commerce from Christ University, Bengaluru. She has been writing from the age of 10. Her writings have been published in in a number of publications of repute. She has published two books 'Thoughts Sublime' and 'Whistling Words' both collection of poems and also contributed in various anthologies. Currently she is working as an HR counsellor in Bengaluru. You can reach her at sonal_chocolate@yahoo.co.in
To submit your article / poem / short story to Daijiworld, please email it to news@daijiworld.com mentioning 'Article/poem submission for daijiworld' in the subject line. Please note the following: