Surprised by the Surprise

Every girl dreams of a man in white chariot who sweeps her off her feet to a fairy-tale land, where everything is perfect and beautiful. Well my dream man came driving in a Maruti K10 and drove me out of my mind.

Well I really don’t understand what it is with us ladies that we are so fascinated about the special days, be it birthday or Valentine’s Day or Anniversaries, we definitely expect something special and different. Unfortunately for me my first wedding Anniversary was something I could not celebrate due to the wedding of my sister in law, her wedding was scheduled to be held just 2 days after our wedding date and hence my plans of holiday or so called a second Honeymoon was cancelled. I was completely disappointed, but anyways after that my husband compensated it by taking me to a quiet memorable dinner, where we spoke our heart out, tried resolving the differences and made a promise to each other to grow more deeply in love and make our bonds strong. 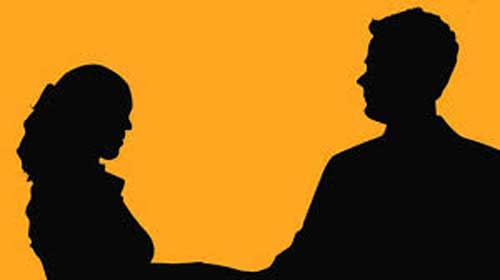 Second year of our marriage passed on smoothly. True to the promise we made, we grew in love became closer and committed. After a disappointing first anniversary I had decided that our second anniversary would be very memorable and I secretly wished that no one would interfere this time.

Our anniversary day was just around the corner when suddenly we got a call from native saying that his cousins would come to visit us and they would stay with us at least for 10 days. I was sad that again my dream of celebrating anniversary with my husband was shattered and again we would be surrounded by people on the other hand I was happy to have cousins around who were very loving and I knew celebrating our special day with them would make it even more special. My husband knew I was disappointed and he promised to take me to candle light dinner after all had gone back.

I must say this my man is not very romantic, like most of the men he does not understand the mechanisms of vowing a woman. I remember on our very first Valentine’s day before marriage I was very excited and expected loads of flowers and chocolates whereas my dream man arrived at my house with a chocolate in hand and took me out for dinner and when I questioned him where were the roses, he politely offered me money and asked me to take how much ever roses I wanted. Well that day I understood my man was definitely not the romantic kinds and I should not be expecting anything mushy from him.

Well after few days of our anniversary when all the cousins had gone back, we decided to go to a nice quiet restaurant and as every time I had to seek out the best restaurant. After a lot of research and reading a lot of reviews I narrowed down the best place and made my bookings and informed my husband about the time and place. Evening we both got ready and drove to the restaurant. Like always I was excited and happy. The restaurant was artistically built carrying the theme of caves, it was one of the costliest places around and I was visiting it for the first time, my expectations were high.

When we stepped inside, the elegantly dressed lady at the reception offered me a big bouquet of beautiful roses. I was astonished when she wished me and my husband a very happy second wedding anniversary. I knew not how to react, I was surprised and taken back. The surprise did not end there she escorted us to the seat where a huge cake was kept and all the stewards and stewardess of the restaurant surrounded us sang for us and made us cut the cake. After clicking pics and eating the cake we settled down to place an order. I was very happy more than being surprised I was taken back by the gesture of my husband. All along I had blamed him and thought he was not romantic and did not give me any surprises. I was in tears thinking about the efforts he had taken for me for choosing the flowers and cake and planning this whole act for me. I thought I had to thank him for this gesture and when I opened my mouth to thank him, I hear a thank you from is end.

Well I did not understand why he was thanking me and I asked him why he was thanking me because I had to thank him for planning the whole act. When he heard this, he was surprised and asked me if I had not planned this. I promptly told him to stop kidding and accept that he had done it, to which he completely denied and told me that he had not planned this and all the while he was thinking that I had planned it for him. After introspecting for a long time, we realized that both of us had not done it and no one else could because no one knew about our plan.

We were in a shock, as to who had planned it? This was the first time we were stepping into that restaurant and we had never shared our details with them. Our friends and family had no idea that we were visiting this place. When we were breaking our head my eyes suddenly fell on the cake which was already half eaten, I could read half of anniversary and some word ending with letter K, that is when we realized this was planned by another couple and the restaurant had misunderstood us to be that couple.

Feeling ashamed and sad we called the receptionist and told her that we had come to celebrate our second anniversary but had not asked for cake and flowers. She quickly went inside and came out telling us it was a mistake and that another couple were celebrating their anniversary and apologized to us. We asked her to take back the flowers, because we knew that those flowers were selected by some other man for his wife and it would not be good to keep it. The receptionist denied to take back and told they would bring new bouquet but we choose to give it back and also asked to bill the cake but the restaurant manager denied and told us to consider it as a small gift for us from their end. Well after the confusion we sat back to enjoy the meal and laughed our heart out. Both of us discussed as to how we thought that each of us had planned this and had been very happy. Well we knew there was a misunderstanding but this confusion was wonderful, it had given us and memory to cherish for years to come.

Even to this day any special occasion we still remember cutting cake which belonged to someone else and posing with the flowers which were meant for someone else. Every time we visit a restaurant, we make sure to tell the receptionist that we have not made any pre plans just to be on safer side.

I still thank God for that day, though it was for few minutes yet it was beautiful and memorable. Well God makes any ordinary moment extraordinary, even if had celebrated the anniversary going to different places, I would not have cherished the memory as much as I cherish this memory. Every time we think about that day my husband bursts out laughing and I simply thank God for that day and wish that couple whoever celebrated their wedding anniversary that day a very beautiful and long married life.

By Sonal Lobo
Sonal Lobo, born and bought up in Bengaluru, is a post graduate in commerce from Christ University, Bengaluru. She has been writing from the age of 10. Her writings have been published in in a number of publications of repute. She has published two books 'Thoughts Sublime' and 'Whistling Words' both collection of poems and also contributed in various anthologies. Currently she is working as an HR counsellor in Bengaluru. You can reach her at sonal_chocolate@yahoo.co.in
To submit your article / poem / short story to Daijiworld, please email it to news@daijiworld.com mentioning 'Article/poem submission for daijiworld' in the subject line. Please note the following:

Title: Surprised by the Surprise