Puttur, Aug 6: Home minister Araga Jnanendra said that BJP leader Praveen Nettaru was not killed by assailants from Kerala. His killers are local youths who belong to a community and have touch with youths of the same community in Kerala, he said.

Halal cut and Jatka cut controversy is the root cause of the murder. In addition, the murder of Masood, who was killed a few days before the murder of Praveen, was also the reason for revenge. 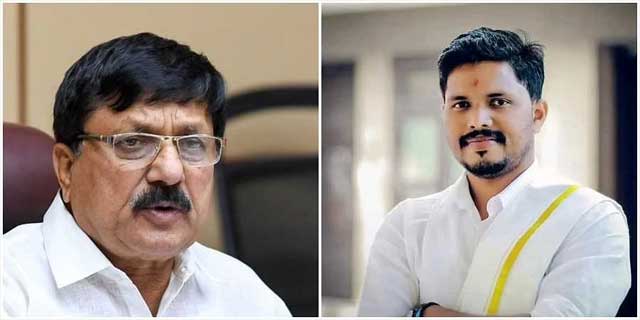 Among the main accused, there is information that one is from Sullia and the other is from Bellare. The assailants have left their mobile phones at home, locked their houses and are wandering from one place to another. This has come to the knowledge of police. Minister Araga gave clue that the accused will be arrested in two or three days’ time. This act is carried out by religious fanatics and there is a possibility that the accused might go to overseas countries. Alert is sounded in airports. The assailants used Kerala registration bike in order to mislead the investigators. It is confirmed that the killers went to Kerala after the murder.

Case handed over to NIA by union home ministry

Meanwhile, the case of Praveen Nettaru is handed over to NIA by the state government as per the directive of union home ministry. Under secretary of union government Vipul Alok has written a letter in this regard to the director general of NIA.

The letter sent by the union home ministry to NIA says, “The union government has received information from Karnataka government about the murder of Praveen Nettaru using sharp weapons by strangers. Investigation team has arrested four people in this connection. During the interrogation, it has come to light that this act was done in order to create fear among the locals.

“Considering the seriousness and its inter-state implications it is opined to handover the case to National Investigation Agency. So the union government hereby directs NIA to take up the investigation of the aforesaid case under NIA act of 2008.”

Meanwhile, police have taken into custody a man, a resident of Uppala Sonkalu. It has come to light that he is basically from Puttur. He joined work at Sonkalu 22 years ago and built a house there. Three years ago, he was removed from work by the owner of the farmland where he was employed. It is said that the main accused in Praveen murder case had taken shelter in this man’s house for three days. The arrested man spoke to the killer using the phone of the owner of the farmland for whom he works at present and later deleted the number. It is said that this man was arrested from his work place itself.