Mangaluru, May 27: Seer of Jangama Math Sri Rudramuni Swamiji said that there is shrine belonging to their math on the land of Malali mosque.

Speaking to reporters on Thursday, swamiji said, “It has come to light in Tambula Prashne that there was Shivashakti shrine and Guru Math at Malali. There are records to prove that the Guru Math which was on the mosque land was branch of Gurpur Math.

“There were 64 Veerashaiva and Lingayat Maths in the districts of Dakshina Kannada and Udupi. Malali Math is one among them. The whole village was under the control of the Math. During the rule of Tipu Sultan, the land was given on endowment to Kattemar family from the Math. That family used to pay the lease amount to the Math. Till 1970, the Math was receiving money when the Land Reform Act came into existence. The land of Malali is the area of Veerashaiva Lingayat tradition. There is no doubt in it. 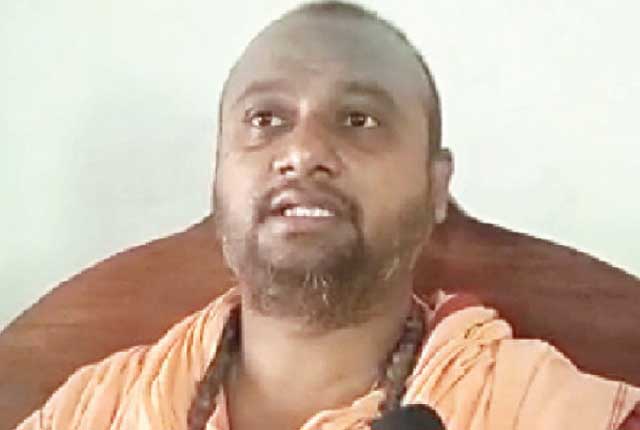 “One piece of land belonging to Gurupur Math was given to Muslims to build a mosque. Now it has come to light that land pertaining to Math is situated in Malali. Hence, the Muslim brethren of Malali have to return the land to Math and cooperate,” he said.

Meanwhile, Ananda Shetty Adyar, state chief secretary of Sri Rama Sene said, “Malali mosque issue should be resolved amicably with harmony. This is the belief of complete society. If it is harmoniously resolved, history will be created.”