Mangaluru, May 24: Deputy commissioner (DC) Dr Rajendra KV held a comprehensive meeting with officials regarding the msque-temple issue at Malali.

In a video released by the deputy commissioner (DC) Dr Rajendra KV said, "A temple-like structure was found in Malali which led to some issues. The police and the local revenue officials handled the situation. The additional JMFC court issued an injunction order to all the parties, especially to the president of the mosque committee. Several organisations have made their request to the district administration. 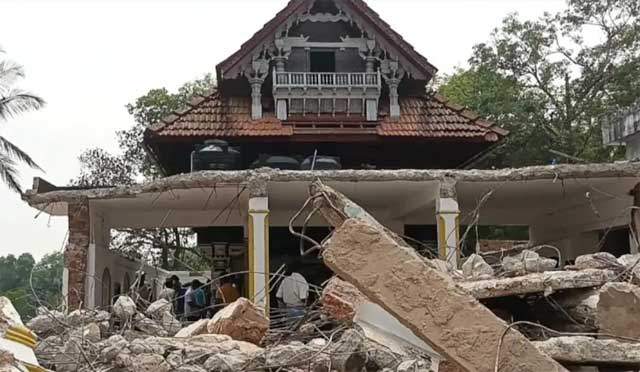 "Since the matter is in the court and sub judice, it should be resolved by the court itself, we have submitted a lot of documents. Today, we convened a cursory meeting of local revenue officials, gram panchayat officials, Wakf and endowment officials, state archaeology department and senior officials from the police department. The mosque management committee assured us that they are fighting the case in the court. They are submitting all the relevant documents. What matters here the most are the legal documents. Even the court will go through the legal documents. Whatever rituals are conducted by the organisations will not be seen in legal perspective. All this will be looked after in the court. The court will take an appropriate decision,” he said.

Meanwhile, the DC with the help of the commissioner of police who is himself an additional magistrate will take care of the law and order situation in Dakshina Kannada. With regards to the maintaining law and order and peace, a comprehensive meeting was convened.