Mangaluru, May 25: Even as the Dakshina Kannada deputy commissioner has ordered to maintain the status quo of the Malali Juma Masjid structure in Mangaluru till further orders, a well-known Kerala based astrologer Daivajna G P Gopalakrishna Panicker, on Wednesday May 25, conducted a tambula prashne ritual there and said there was a presence of goddess in the structure.

After conducting the ritual, he said the structure has more than 1,000 years of the goddess presence and added that the structure was built by ascetic people. 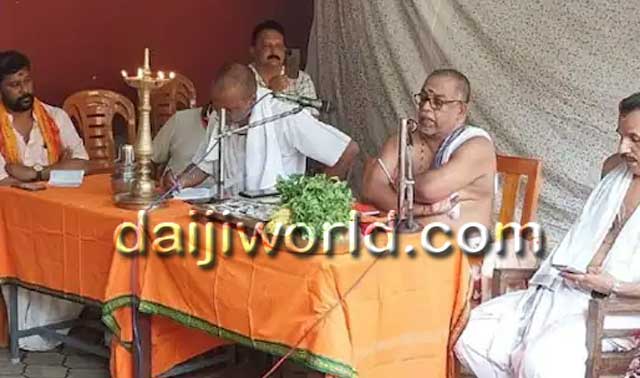 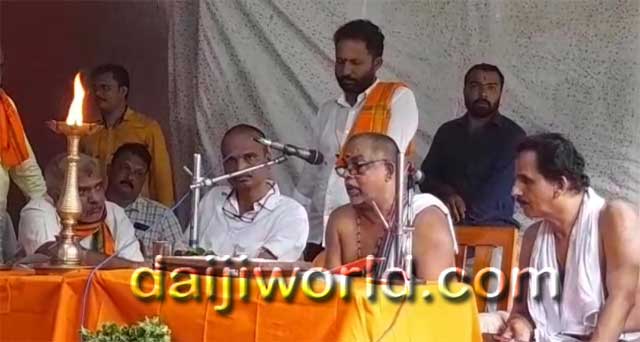 However, he said it is necessary to find the origin of the presence of goddess for which tambula prashne will not suffice. He said the origins can be found if ashtamangala prashne is conducted.

The tambula prashne ritual was conducted at the Ramanjaneya Bhajana Mandir where betel leaves were used to calculate the presence of stars and their movements.

Meanwhile, the Mangaluru district administration is looking into the land records and appealed people to maintain peace.

Section 144 was imposed within a 500-meter area of Malali Juma Masjid on Tuesday after a Hindu temple-like architectural design was discovered underneath an old mosque. The development came to the fore during the renovation work at Juma Masjid in Malali, in the outskirts of Mangaluru. The renovation work was being conducted by the mosque authorities.