Udupi, Jan 24: Tulu- Kodava, Bhashegala Alivu Ulivu, authored by N Jayakumar and collections of speeches of MLC B K Hariprasad in the parliament, was released by Folk scholar Bannanje Babu Amin, in an event held at the Jagannath Bhavan here on Monday, January 24.

Speaking on the occasion , Bannanje Babu Amin said, "Tulu language has not received the state recognition so far. There is a need to do an integrated study on this matter." 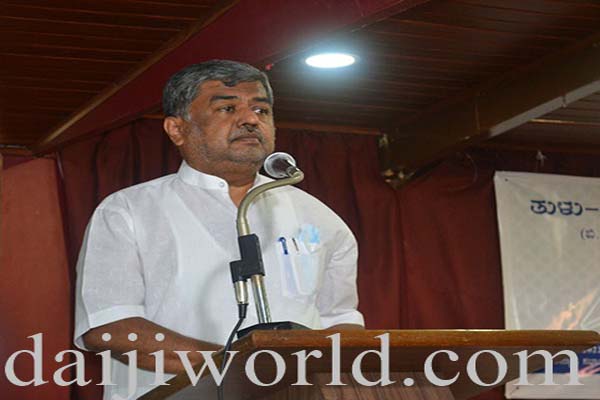 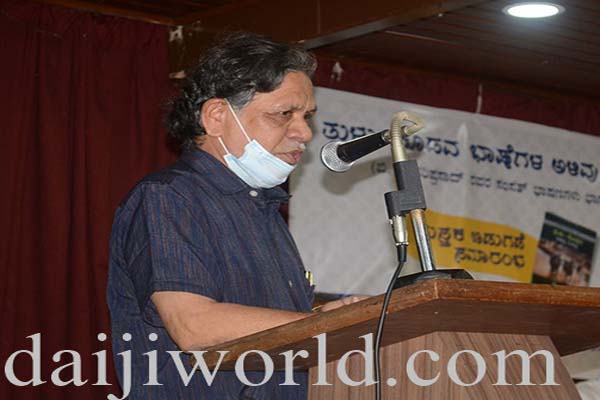 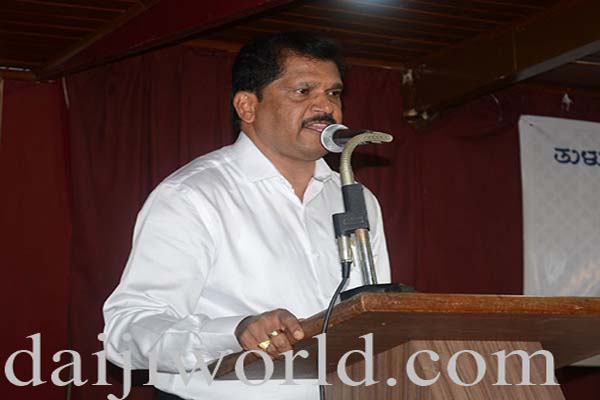 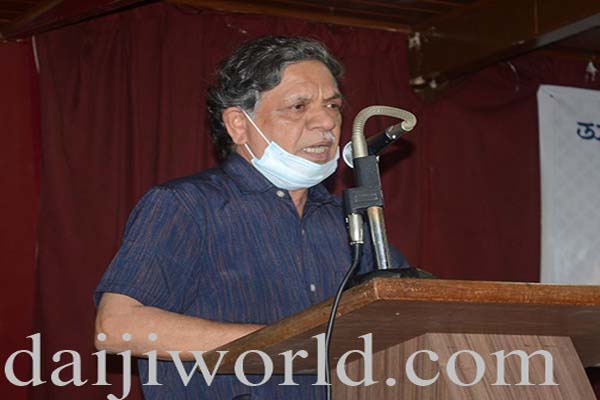 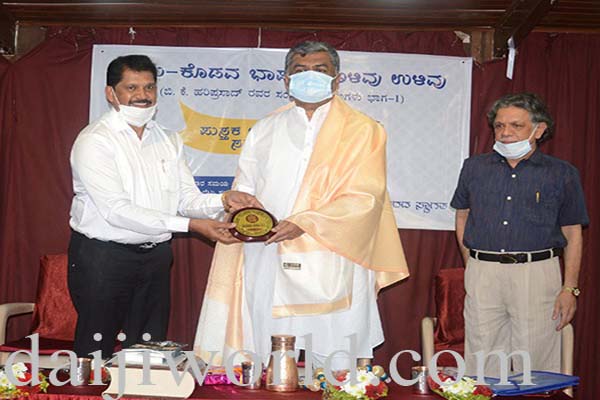 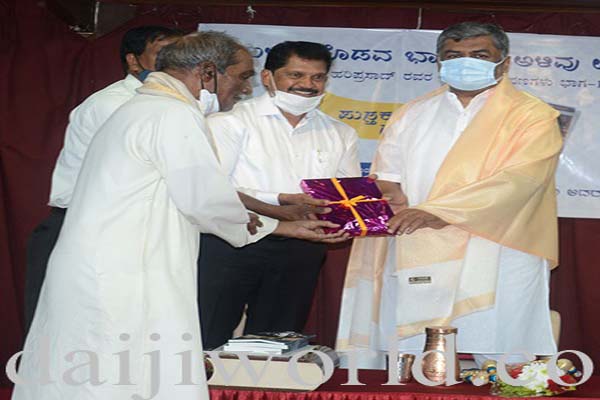 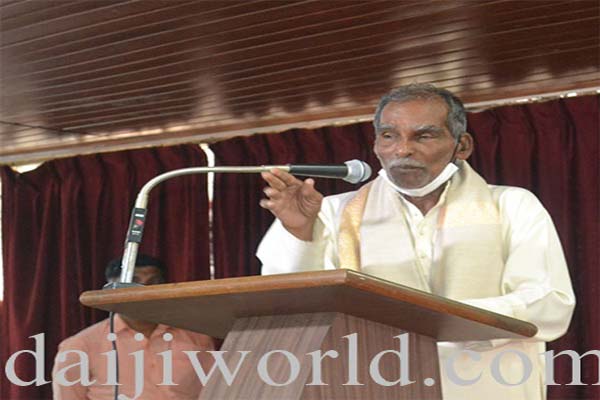 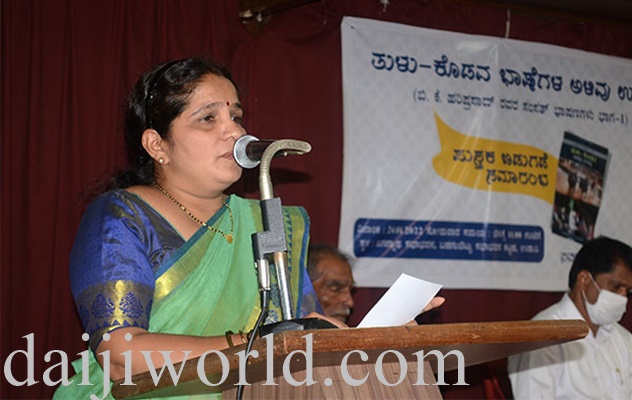 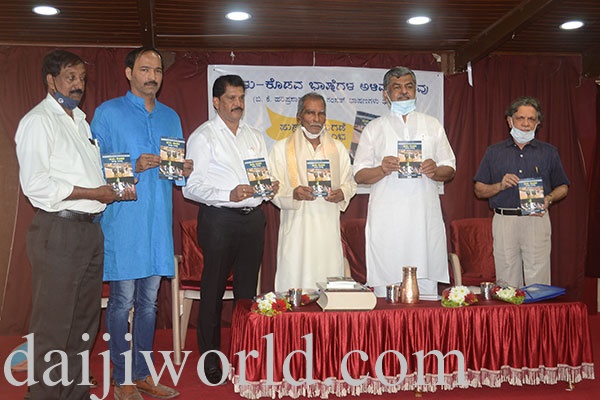 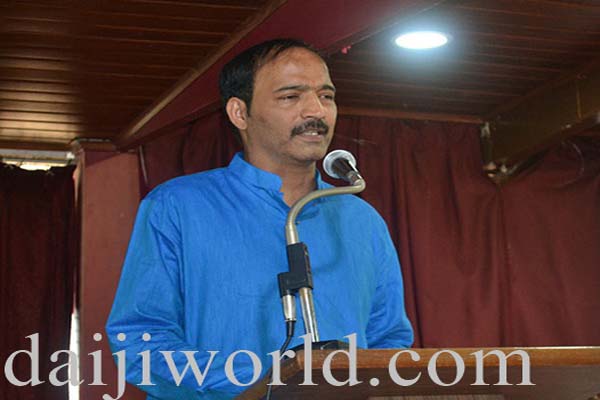 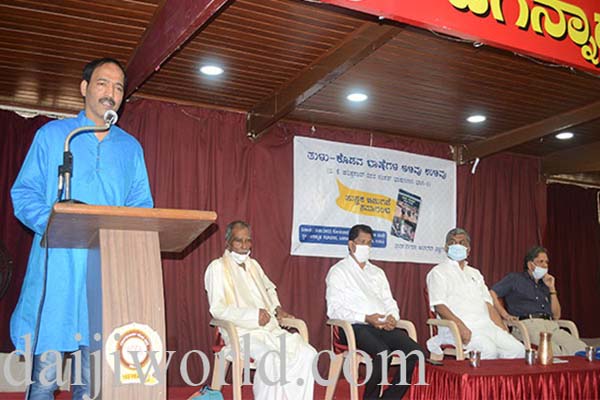 B K Hariprasad in his presidential address, said, "There are 19, 000 dialects in the nation and 108 languages are just in Bengaluru and 98 in Pune."

"Hindi is not a national language. it is just a communicative and official language just like English. No one can say 'One nation and One language' in India because India is a diverse country. People are practicing multiple cultures and traditions here", he added.

"Kodava is an endangered language in Karnataka. Hence, Tulu and Kodava languages should get their individual recognition at the state level," he opined.

Jayakar Shetty Indrali, president, Tulu Koota Udupi, said, "There is a need to promote Tulu language and culture. Tulu can survive only this way. We all need to fight for getting it placed in the 8th schedule. There are 25 lac Tulu people in undivided Dakshina Kannada. One should not have inferiority complex regarding speaking Tulu. We do not know the way of adding it to the 8th schedule. Tulu language should be taught at schools. I wish that it be included as a third language in school syllabus."

Another guest on the occasion, Dr Mahabaleshwara Rao, coordinator, Dr TMA Pai College, Kunjibettu, said, "Today's government is supporting and propagating Sanskrit language. According to a survey, just 24, 000 people are speaking Sanskrit as mother tongue. There are 16 Sanskrit Universities in the nation. The government has released Rs 359 Crore of fund for Sanskrit and ironically, only Rs 1 Crore to Kannada universities. We need to understand the language politics," said Educationist Dr Rao.

"The government is imposing its view on public. Non violent protests, movements should be held in order to add Tulu to the 8th schedule". he added.

He strongly opposed the New Education Policy - 2020 for "promoting few languages like Hindi, English and Sanskrit." "It is purely unscientific and the tri-language policy is useless. NEP-1986 was 100 times better than 2020 education policy", he opined.