Udupi, Jan 24: The Sharada Infradesign Private Ltd has sent a letter to the Karnataka minister of tourism Anand Singh on Monday, January 17 requesting him to recognize Bappanadu temple as a tourist destination and consider Mukka/Sasihitlu beach-Bappanadu, Mulki as a tourism corridor.

It is mentioned in the letter that Bappanadu Sri Durgaparameshwari temple Mulki is a famous historical place known for harmony. 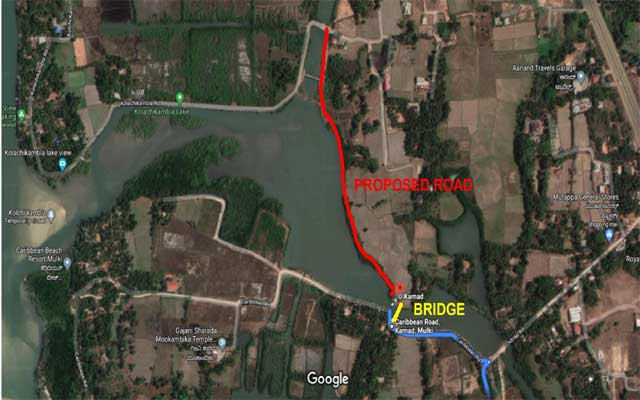 It also suggests a suitable road to be constructed between Kallasanka- Padubailu Kordabbu temples for the development of the beach.Similar attempts have been made by the local public earlier and a memorandum was handed over to the former CM Yediyurappa, earlier ministers and local people representatives but to no response so far. Hence, Sharada Infradesign is highly recommending the government to consider their request and respond quickly.