Bengaluru, Nov 11 (IANS): The main accused in the Karnataka Bitcoin scandal, Shrikrishna aka Sriki, who was released on bail on Wednesday from the Bengaluru Central Prison, said that all the allegations levelled against him were bogus.

He further maintained that the matter of seizing Rs 9 crore worth Bitcoins from him was also totally false. When told that it's the official police statement, he said that it's just a media hype.

"The matter is in the court. Let the court decide," he said. 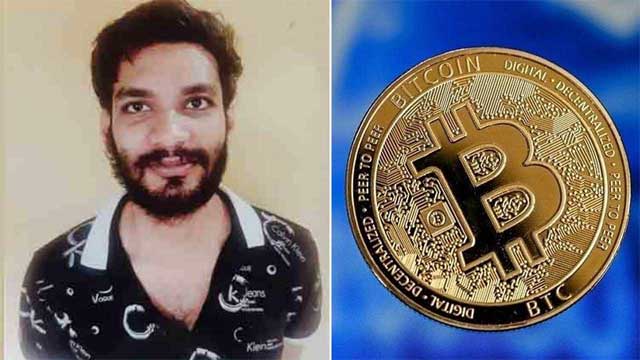 When asked that what was he doing with three laptops at a hotel, he said they were dysfunctional. He then told mediapersons that he would go and meet his father, who is being treated at the ICU of a hospital.

Sriki also pleaded innocence as to who gave surity for his bail.

The Bitcoin scandal has created a stir in Karnataka politics, putting the Opposition Congress and the ruling BJP at loggerheads.

Priyank Kharge, Congress MLA and son of Opposition leader in the Rajya Sabha Mallikarjun Kharge, said on Wednesday that if the Bitcoin scandal is probed thoroughly, Karnataka will soon see a third Chief Minister.

Ramalinga Reddy, former Minister for Home in Karnataka, said that the scandal involves transaction of thousands of crores of rupees and that BJP leaders received kickbacks using kingpin Sriki.

Former Deputy Chief Minister, G. Parameshwara, said that he has doubts over a fair probe with regard to the Bitcoin scandal.

"It is an international scandal. Hacking has taken place in foreign countries. I have handled the police department. There is specific jurisdiction for cyber laws. It won't come under CRPC either. We have to see how the government investigates the matter," he said.

Sriki and his friend Vishnu Bhat were arrested by the police in connection with a hotel brawl.