“Zero Zero Zero” is a book by Roberto Saviano that tackles the fascinating subject of the international drugs trade. High-quality cocaine is known to addicts as “zero zero zero” because it contains zero levels of baking powder. Saviano’s book views cocaine as a fuel for the entire world economy. The book stretches the boundaries of investigative journalism by chronicling the evolution of the Mexican drug cartels, by focusing on human behavior of almost unimaginable viciousness and brutality. He matter-of-factly describes, in stomach-turning detail, murders and tortures inflicted on rivals, on government officials who decline to be bribed, and on innocent bystanders unlucky enough to be in the wrong place, thereby reducing entire regions to war zones.

Drugs are everywhere, their terrifying unassailable reach spreading across the landscape of India. Quantities seized are meaningless, grams and kilos are all irrelevant, when the stark reality is that tons are traded without any advertisements or brand ambassadors! The business is booming, it is a fascinating world totally hidden from the day to day lives that most of us live. Wide experimentation and addiction, reflecting moral decay and the gradual plunge into doom and despair, so brilliantly captured on celluloid in “Udta Punjab” was a sensational revelation about the cruelties faced by youth, the intensity of love and the disastrous lure of drugs. 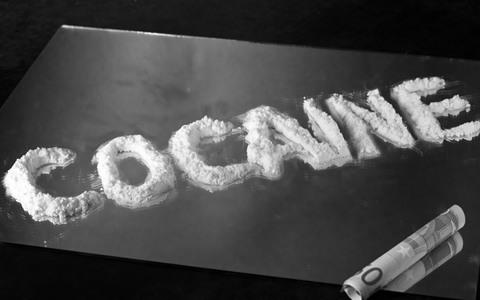 Almost every state in India has its own versions of Udta Punjab happening or waiting to happen. Impounded narcotics by different enforcement agencies showcase wily ingenuity as much as social menace of this growing clandestine industry. There is an insatiable appetite for narcotics; it is a domestic tale of legions of youth in schools, colleges and universities scouting for fresh supply lines. To borrow from documentary film maker Tom Feiling’s “Cocaine Nation”, “Instead it seeps in, in thousands of ingenious disguises.” The ravages of drugs have been well chronicled by journalists, social scientists and addicts-turned-memoirists about bizarre people and unforeseen happenings. The New York Times in 1974 had declared that hedonists from Hollywood to Wall Street had turned Cocaine into “the Champagne of drugs”, that observation still holds good, except that, it is now a universal rage.

A pharmaceutical company once boasted about cocaine that it could “make the coward brave, the silent eloquent and render the sufferer insensitive to pain.” This accounts for the amazing popularity of drugs transcending all borders, thereby opening smuggling routes from the sky and sea to the land and presenting a formidable challenge to Police and Customs organizations across the globe. Drugs have rendered America’s famous “War against Drugs” to “War without End”, as the global business in drugs is booming because of the online drugs market. The internet facilitated drugs trade has opened up new frontiers for peddlers of all kinds. According to the Ministry of Social Justice and Empowerment, India is home to over 3 million drug abuse victims. According to the National Crime Records Bureau, drug related suicides are high in the states of Maharashtra, Madhya Pradesh, Tamil Nadu and Kerala. While Maharashtra reports the highest number of drug related suicides in the country, Kerala tops the list in terms of incidence rate. Karnataka is sandwiched between these two states, in addition to having Goa, another highly drug affected state, as another neighbor.

The massive educational hubs of Bengaluru and Mangaluru are prime targets for drug peddlers. The scenario in neighboring Kasargod is alarming, it is dubbed a virtual Narcopolis with tonnes of drugs exchanging hands in total secrecy between addicts, peddlers and carriers. The drug trail spreads its tentacles deep into Andhra Pradesh into Tuni and Maredumilli in East Godavari. It travels by a serpentine route from there to Bangalore, via Kodagu into Mangalore before coiling in Kasargod. En route many new entrants are inducted into the drug trade either as peddlers or fresh addicts. Despite the prospect of facing death penalty, many carriers are willing to risk it by carrying contraband drugs to the Middle East, by either using Mangaluru or Calicut international airports. Very interestingly, the maximum number of people subjected to death penalty in Saudi Arabia hail from Malappuram district of Kerala. The tragic part is that majority of them are travelling on fake passports and using fake identities, thereby unable to secure proper legal assistance from governments on either side.

At the other end lies Goa, another drug affected state made complicated by the involvement of Russians, Israelis and Nigerians. Further, Goa is home to a strong pharmaceutical industry sector which has the capability to manufacture synthetic drugs or psychotropic substances. The promiscuous allure of Goa, buttressed by its image as a fun state with rave parties and all night Western music festivals makes it a favorite haunt of drug mafias.

The lengthy border shared with Maharashtra adds to the woes of Karnataka as another educational hub, Pune is a severely drug affected city, inhabited by many foreign nationals, especially from Africa. Mangalore is thus surrounded by drug compromised states and cities, making it difficult for enforcement agencies to keep Mangalore a drug free educational hub.

Despite a student population running into lakhs there are very few de addiction and counseling centers. Also, what are needed are strong, continuous drug awareness campaigns during every semester, involving all schools, colleges and universities. This pattern needs to be replicated across the state and all over India. There needs to be regular drug abuse and substance abuse recovery programs to save our youth. Further, presently, the subject of narcotics and psychotropic substances is dealt with by several ministries some dealing with enforcement, others health and some others the social aspect. Multiplicity of ministries and enforcement agencies has made coordinated efforts difficult and erratic. We need to think of an exclusive Drug Enforcement Administration (DEA) like that of USA to manage the under estimated drug problem facing us internally and from external forces.