Today, June 26, is United Nations International Day against Drug Abuse and Illicit Trafficking. Drug trafficking is a global illicit trade comprising of cultivation, production, distribution and sale of banned illicit narcotic drugs and psychotropic substances. Every continent and country on planet earth is covered in the drug trafficking network. The people who control and run this dubious trade are known by different titles depending on the size and volume of the trade controlled by them. Thus there are drug lords, drug barons, drug czars, kingpins, peddlers, and so on. A Drug Cartel comprises of a group of Drug Lords.

From drug lord to drug peddler, they all live, function and accomplish their professional duties in a shadowy world, targeted by governments, hunted by enforcement agencies, hounded by the media, and despised by the common man. It is paradoxical and enigmatic that drugs, which are more valued than even precious stones, have only a criminalized status. In spite of it being criminalized by society, yet, surprisingly, it enjoys a prized commodity status in political, financial, commercial and terrorist circles. In every country there is an active narco-bourgeoisie that maintains the political structure, by liberally bribing the political class. It is this nexus that keeps the drug trafficking industry in top gear at all times. 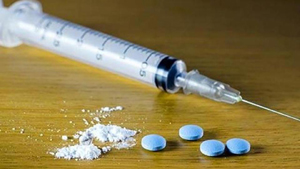 A special class of student drug peddlers is continuously groomed by professional drug peddlers to ensure a steady supply of fresh entrants into the narcotics web. Professional drug dealers prefer to avoid face to face meeting with new customers, fearing that they could be police decoys. Students also prefer to avoid buying drugs and banned substances from strangers. They feel that it will be a secret if all transactions are among themselves. Students are therefore best suited for selling drugs. Students are a particularly vulnerable group in society. A lot of students are under heavy stress to excel in academic performance. Many of them, especially inmates of hostels are always in need of money, as they are away from their family. The drug dealers lure such vulnerable students into the racket very easily, as students due to ignorance of the law, are unaware of the legal consequences. Many of them do not even know that it is a crime to deal in drugs.

The demand for illicit drugs like cannabis, heroin, hashish, and psychotropic drugs peaks during weekends, exam season and festival times. The lure of quick and easy money tempts students to deal in drugs. The profit margins are higher with hard drugs; hence many are willing to do this risky job. This also means that they will sell drugs to even minors, innocent freshers, and girls and be on the constant lookout for getting fresh prey. The opportunity to make extra cash is the main reason for students to take to selling drugs. Female students who use drugs are more vulnerable and more stigmatized and will be forced to have sex in exchange for drugs.

Students can easily identify those who desire to have drugs in their class or college. Many foreign nationals who enroll in colleges for higher education are known to be associated with the drug mafia. Foreign students find it difficult to procure part time jobs in India, but, selling drugs ensures a steady and easy income.

Students, whether Indian or foreign should know that offences under the stringent Narcotics and Psychotropic Substances Act, attract sentences ranging from 10 to 20 years. Many young students die tragic deaths ruined and wrecked by drugs.

According to one estimate, there are around 11 million drug users in India. We need a regular National Student Drug Survey to ascertain about the number of addicts, male and female addicts, drug consumption levels and patterns, and impact that drugs are having on their lives. Current drug policy emphasizes abstention as the key driver in preventing drug taking. Policy makers need to know why a student is taking drugs. Also, for the success of any anti drugs campaign, the network of student’s unions need to be mobilized.

With so many hidden dangers and fatal pitfalls facing the student drug user, the consequences of ignorance for the unsuspecting, ill-informed student trafficker, could be fatal. Student traffickers should remember that "Drug Traffickers Will Not Meet You in Jail or Attend Your Funeral".

Title: Drug Traffickers Will Not Meet You in Jail Nor Attend Your Funeral