India-China border dispute: Feed opium to the Dragon once again Jul 7: Learn from 'historical lessons', China warns India, all newspapers and TV channels are screaming this quote. The immediate reason for this provocation erupted when India opposed China's attempt to extend a border road through a plateau known as Doklam in India and Donglang in China. The plateau, which lies at a junction between China, the north-eastern Indian state of Sikkim and Bhutan, is currently disputed between Beijing and Thimphu. India supports Bhutan's claim over it.

The BBC states, "India is concerned that if the road is completed, it will give China greater access to India's strategically vulnerable "chicken's neck", a 20km (12-mile) wide corridor that links the seven north-eastern states to the Indian mainland." 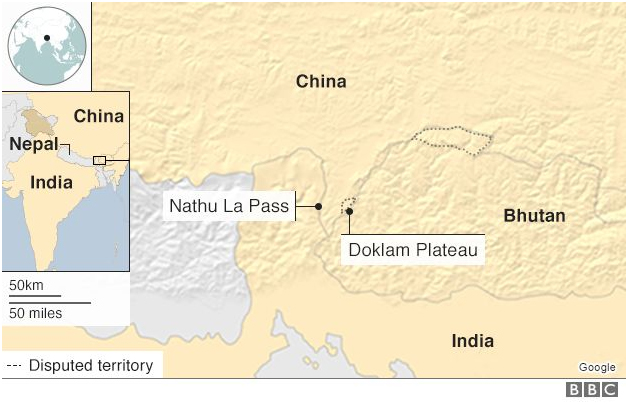 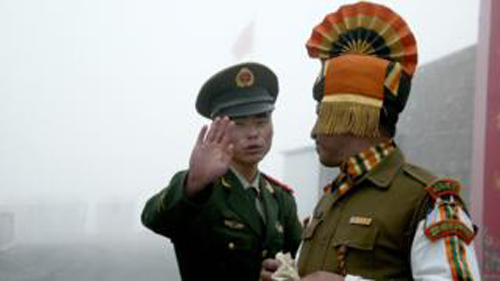 Obviously, the "historical lessons" was a reference to the 1962 Indo – China War, which dealt a big blow to India.

The time has come for India also to tell China that they also need to turn back a few more pages of their history book to realize that India was also responsible for their "Century of humiliation". I am referring to the Opium Wars which devastated China, and which the Chinese refer to as the "century of humiliation".

In India, people do not appreciate the great significance of the Opium wars that was fought between British India and China. The First Opium War was fought from 1839 to 1842, and the Second Opium War was fought from 1856 to 1860. The Opium wars have a great symbolic meaning and value for India.The opium that the British thrust and sold to the Chinese was grown in India. Opium grown in the fields of Bengal and Bihar caused the utter devastation of thousands of Chinese.

Farmers of Bengal and Bihar were compelled to grow poppy, which was processed into Opium, and pumped into China for sale on enormous profit. The Qing Dynasty, founded by Manchurian clans in 1644, expanded China's borders to their farthest reach, conquering Tibet, Taiwan and the Uighur Empire, became alarmed by the millions of drug addicts, ?and the flow of silver leaving China. The impoverishment of China and its descent into utter degradation began an era known in China as the "century of humiliation".

Who were the ones who caused this humiliation? The war in China was not fought by only British and Chinese soldiers. Indian soldiers were also involved in the battles of the Opium war. 1 Company Madras Rifles, 2nd Madras Native Infantry, 6th Madras Native Infantry and the 14th Madras Native Infantry of the Madras Army, and the Bengal Army, took part in the First Opium war. The unit of the Madras Foot Artillery was awarded the honor title "Dragon". The unit had captured a Chinese Dragon cannon. Indian soldiers or Sepoys were widely used in the battles of Canton, Amoy, Tinghai and Chin-Kiang Fu. Author Amitav Ghosh opines "The Opium Wars were financed by Indians, fought by Indians, planned in India, and yet Indians are completely absent from the narrative. You pick up any book on the wars, and you'll find that Indians find just a passing mention. It's so strange." "These soldiers from Bihar went to China and fought this war -they weren't stupid people."Further "The first opium war planned in India, it was financed by Indian money, it was fought with Indian soldiers. But it has all completely vanished from our historical memory," Ghosh said, adding: "The putting together of the expeditionary force took place in India. The British naval ships for the expedition were accompanied by 50 supply ships, all provided for by Parsi merchants in Bombay (now Mumbai). From top to bottom, it was a completely Indian enterprise; the entire wherewithal for it came from India".

Today, the First Opium War is taught in Chinese schools as being the beginning of the "Century of Humiliation"?—?the end of that "century" coming in 1949 with the reunification of China under Mao. In India we have totally forgotten about the pioneering role of Indian soldiers in humiliating the Dragon in his own den. We don't teach this in history books, fresh recruits in the Indian Army are not taught about their glorious predecessors, who humiliated the Chinese.

In the Second Opium War that took place from 1856 to 1860, the Sikh Regiment, Madras Regiment, Bombay Native Infantry, and the Ludhiana Rifles took part in the sacking of the Summer Palace – Yuanmingyuan, the imperial summer palace of the Qing Dynasty. 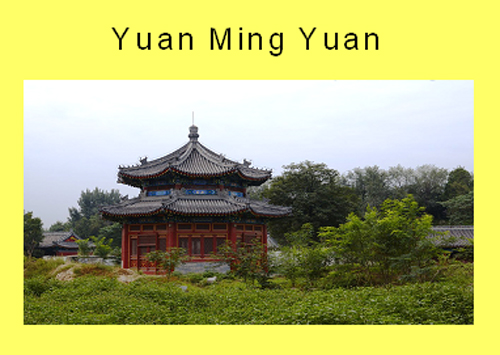 Around 10,000 Chinese troops and the elite Mongol Cavalry were annihilated by Indian troops. With the Qing army devastated, the Xianfeng Emperor fled the capital and left behind his brother, Prince Gong, to take charge of peace negotiations. Opium Wars finally caused the overthrow of the Qing Dynasty.

In 1904, Indian troops were part of the military expedition led by the British Commander Francis Young Husband that seized Lhasa. 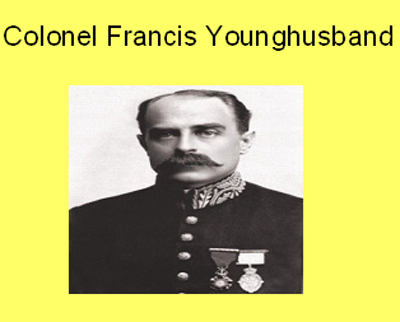 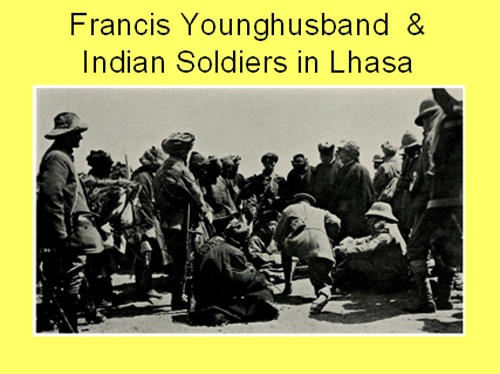 Amongst the units at Young Husband's disposal in his 3,000 strong force were elements of the 8th Gurkhas, 40th Pathans, 23rd and 32nd Sikh Pioneers, 19th Punjab Infantry and the Royal Fusiliers, as well as mountain artillery, engineers, Maxim gun detachments from four regiments and thousands of porters recruited from Nepal and Sikkim. With their combination of experienced officers, well-maintained modern equipment and strong morale, they were able to defeat the Tibetan armies at every encounter.

The British expedition to Tibet, also known as the British invasion of Tibet or the Younghusband expedition to Tibet began in December 1903 and lasted until September 1904. The expedition was effectively a temporary invasion by British Indian forces. to resolve the dispute over the border between Tibet and Sikkim. In the nineteenth century, the British conquered Burma and Sikkim, occupying the whole southern flank of Tibet. The Tibetan Ganden Phodrang regime, which was then under administrative rule of the Qing dynasty, remained the only Himalayan state free of British influence.

When the Chinese pontificate to us to learn lessons from History, the same is applicable to them. India effectively contributed to their "century of humiliation". India is still a warehouse of Opium; we can unleash its potential and make the Dragon to taste Opium once again. Our enforcement agencies routinely burn huge quantities of seized Opium and other drugs. What we are burning away is a potent weapon. We need to understand its value and power. Opium devastates silently As Sun Tzu the Chinese military strategist advises "The supreme art of war is to subdue the enemy without fighting." Opium is that supreme weapon which India has which can subjugate any enemy.