Mangaluru, Dec 27 : A strange desire rose in me one day, an urge to visit my long lost ancestral home. When the desire became persistent, I kept pondering over past events. When grandfather died, squabbling brothers and sisters insisted to sell the house as quickly as possible and divide the share. Their desire materialized and the house that belonged to everyone, suddenly belonged to some stranger. Brothers and sisters collected their tiny fractions of the sale proceeds and vanished to distant towns and cities. Decades afterwards, that unknown desire rose in me, to go and see my ancestral house. One day, to satisfy my deep inner craving, I decided to check out what had happened to my ancestral house.

Many doubts raced through my mind, will I be able to recognize the place, I might have forgotten the streets, new buildings might have come up, and even my ancestral house might have been demolished. As I entered the village, it appeared as if time had stood still here. The village temple was the same, serene and silent. 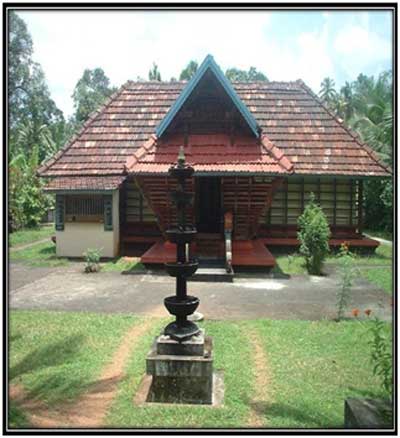 The temple tank was as usual full of water. Nothing had changed and it gave me a deep contentment. 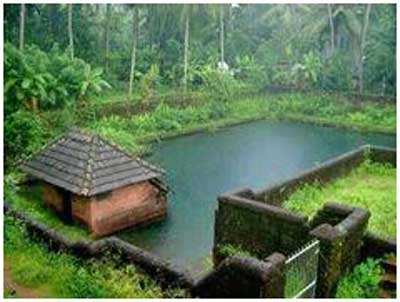 From the temple, I vaguely had an idea of the winding muddy road that led to my ancestral house. My mind was effortlessly tracing the way like Google maps. Every turning, every bend of the road, was just the same, all untouched.

I recollected all the houses, including an old post box, where as a young boy so often I had dropped letters, and invitations. The rush of distant memories was endless. From a distance I recognized the final bend of the road to the left, where my ancestral house was located. I walked faster and faster with great excitement. Lo behold! My ancestral house, just as it was well preserved and intact. Every brick, every tile was as it was decades back. Nothing had changed. 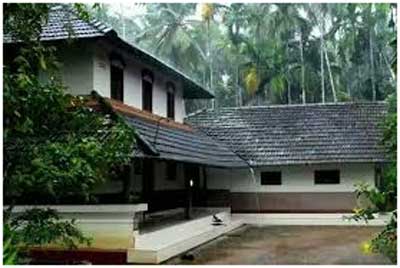 It was an emotionally charged moment. All at once I felt elated, sad and nostalgic. My dead grandmother and grandfather appeared happily beckoning me. From across the road I saw the verandah where as children we played along with our cats and dogs. I continued my survey from outside; the mind kept telling me, that is the hall where all family members used to sit on the floor, chat, gossip and argue. So many events, scenes, dialogues, sounds began to rewind in my mind. It seemed even the house and the surroundings were excited seeing me.

I was trying to locate what was missing or new. The small rivulet running in front of the house in which all of us would play with tiny fishes and tadpoles had gone dry. Nothing else had changed for over twenty five years! Even the paddy field nearby was intact spreading tranquility to the surroundings. 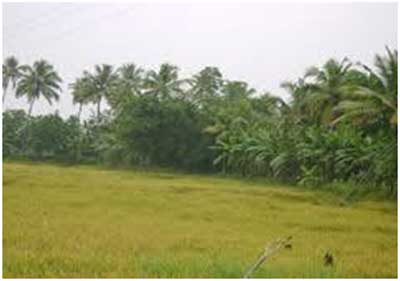 I hesitated to open the gates and go inside the house. What do I go and tell those strangers? I was so happy with the wonderful sight from outside, it was so very fulfilling.

While returning back, I resolved to try to buy the house, reclaim my ancestral home. I dreamt of inviting all my uncles and aunties and have a family reunion in the house that once belonged to all of us.

Five years went by thinking and dreaming about purchasing the house. That much money never came my way, whatever little I had was never sufficient to meet the family commitments even, what to think of buying another house. Still I nurtured hope, and paid another visit to my ancestral house, after another five years. This time the house appeared to have deteriorated. It had shrunk and appeared to have sunk. I felt sad and disheartened. Nobody seemed to be living there anymore. I boldly opened the gate and ventured inside. I went around the house lost in old memories. The house had dilapidated and might collapse very soon. There was an abandoned look about the place. Still, the desire to buy dominated my thoughts. While returning, I met a land broker and enquired from him about the prevailing land rates in the area. He informed me that rates were astronomical; it was around rupees five lac for a cent of land. I remembered that my ancestral house was about 35 cents, thus the land price itself would be more than Rs 1.5 crore! Some more additional lacs for the crumbling house! My heart sank thinking about the formidable monetary challenge that lay ahead of me. Still hope lingered on, some miracle may take place.

Once again after another gap of five years, I went back to visit my ancestral house. Maybe it was still lying unsold. Of course, I could even then never acquire the money needed for buying that house, but still, if it was unsold, it was some consolation. But the inevitable had happened. I was utterly devastated to see an imposing modern concrete house in the place of my ancestral house. My ancestral house had gone forever. It had disappeared from the face of the earth. Life spans are not only for human beings but also for human dwellings. Some houses survive for a few decades, some not even a few days. Some get destroyed by natural causes, yet others by way of demolishment for road and rail expansion. Not surprising in an age when even cash encounters death in the form of demonetisation. Extinction is for all animate and inanimate things. A dream evaporated, now only memory remains.