Despite global effort and co-ordination between governments, institutions and organizations, illicit drugs are being increasingly produced, trafficked, distributed and consumed across the world. Consequently, the drug trade has emerged as an insidious threat that finances terrorism, boosts corruption, cripples economic progress and dents state authority.

Globalization has expanded and enhanced drug trafficking and drug consumption across the world. Illegal drugs are marketable in every part of the world. Active and unabated trafficking takes place through containerized consignments, maritime shipping, air couriers, postal shipments and by international passengers travelling by air, sea and land. The international narcotics industry, which is a mass illegal endeavor of syndicates, mafias, traffickers, and peddlers, ensures a reliable source of tax free income for all stakeholders. The super profits accruing to the drug dealers has enabled them to purchase political support, assistance from bankers and financial institutions to launder and conceal transactions, silence law enforcement and cripple legal processes. Such funds have spawned and funded other illegal activities like arms trafficking, human trafficking, money laundering and terrorism. 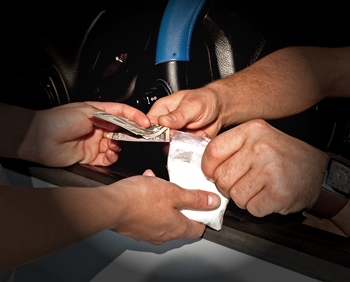 Drug trafficking, though disguised as an economic process, can threaten the state in varying forms and can develop into an engulfing national security issue. A threat goes on to becoming a national security issue depending on the intensity with which the threat projects and operates in relation to the weaknesses of a given state and according to the perceptions of the state’s policy makers, administrators and strategic analysts. The more intense a threat, the chances of it being defined as a national security issue is high, depending on whether it is rated as a low intensity threat, high intensity threat or as a lethal threat if it can destabilize the state. The scale of operations, strategies and tactics of terror outfits has changed the concept of state security and military operations. For these reasons, the US government has recognized drugs as a principal national security threat. However, in India though several states have an intractable drug problem, we continue to deal with it as a social, criminal and health problem rather than a national security threat. The rampant availability of heroin, cocaine, ecstasy, amphetamine, cannabis and party drugs has not alerted the government to view the problem as affecting national security.

As drugs pose a serious threat to economic development, , the national security council of many countries identify it as a destabilizing agent. Strategic power projections of many major countries indicate a sound anti narcotics policy and its strong implementation as one of the key factors that ensures stability and sustaining power for the economy. A strong economy gives the purchasing power to buy weapons and equipment needed by security forces.

Public financial resources will need to be expended on drug addicts for their health care and criminal justice, which would otherwise be available for other policy initiatives. Productivity losses due to drug related unemployment and drug related absenteeism is also substantial. If young adults are convicted in drug related crimes their chances of employment in public and private sectors are remote. They become “path dependent”, as their relationships are with drug peddlers, concealment makers and transporters. Their continued association with drug racketeers will force them to induct fresh recruits, thereby escalating the drug menace.

The chain of concealers, carriers, transporters, and peddlers need to interact with several government departments at every stage, for a plethora of permissions and approvals. To facilitate their insidious trade they try to buy the silence, acquiescence and/or complicity of public officials, of various departments leading to mass corruption, thereby making abuse of office and power, a systematized integral way of functioning of government. This is known as drug driven corruption. Sound, well functioning institutions are key elements of any national security system. Drug trade generates substantial amounts of money that can be used to infiltrate into state institutions and ultimately subjugate the chain of command.

Terrorist activities need heavy financial support and the operating costs for these organizations often include training, gathering intelligence, recruitment, buying arms and ammunition, protection money, and aid to families of slain terrorists. These requirements demand untraceable financing across the entire spectrum, which in turn has dire implications for economic, financial and banking institutions.

From the political angle, drug traffickers have the capacity to hijack the political processes of states. Punjab is an apposite example of the stranglehold that drug traffickers can possess over the bureaucracy and government. As a powerful, financially strong and highly organized pressure group, they can takeover policy making through their proxies, to effectively put criminal interests ahead and above all other interests.

Another consequence of drug trafficking in the country is the deterioration of human capital, which is a major component of national power. Erosion of human capital occurs by addicting the youth so that they are rendered useless for participation in any workforce, by causing permanent physical and emotional damage to users and negatively impacting their near and dear ones, and coworkers. In many cases, addicts die prematurely from drug overdoses or other drug related illnesses.

Despite the seriousness of the problem in our country, the government has been soft pedaling this grave threat. Counter narcotics policy is often subdued by counter terrorism policy makers. Drug driven security challenges need to be perceived as a key issue in national security discourses. South East Asia is acknowledged to be an intense drug trafficking zone. India’s sensitive geographic location in this region has exposed it to a variety of challenges across its vast land and maritime borders. The intense flow of narcotics around us has the ability to redefine relational dynamics between and among political and security actors, citizens and the trading community within and beyond borders. The spoils of drug trafficking can threaten the legitimacy of democratic processes. Inadequate government response to the drugs problem will exacerbate the volume of threat to unprecedented levels. Presently, India is experiencing the targeting of its human resources, especially youth, so that its future citizens are an incapacitated lot. Also, terror funding has its major source in drug trafficking. Hence, it is strategically not sound to view drug trafficking as a “soft” threat. India needs to perceive drug trafficking as a national security problem.