Moodbidri, Aug 10: A police team comprising SI Siddappa, ASI Kumar and others seized a pickup van near the Vidyagiri Junction on Tuesday August 9 and found them to be illegally transporting three cows on conducting a search of the vehicle.

When the police enquired the accused including the driver of the vehicle Sandesh Shetty it came to light that they did not have any permit to transport cattle. 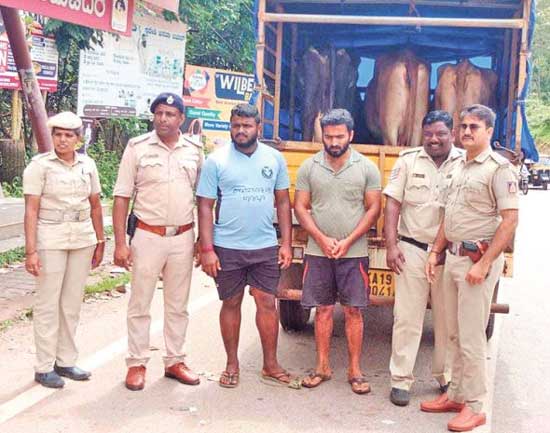 On police interrogation, it was also found that the accused had reportedly bought the cows at a low price from Alangar Naveen's farm to convert it into beef and were in the process of handing it over to someone at Kaikamba.

The police took the accused, their vehicle and the cattle that they were transporting into custody.