Udupi, Apr 22: A poster by Hindu Jagarana Vedike warning against wearing of Hijab during PUC examinations in Udupi has gone viral.

"Efforts to spoil peace in the college and the society are in progress even after the High court verdict. Organizations of religious fanatics have created a conspiracy to create commotion putting forward the incidents involving the six students. 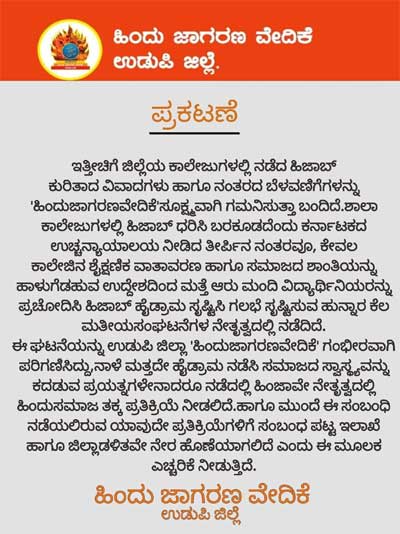 The Hindu community is likely to give a fitting response if this continues further," HJV Udupi has stated in a press release warning that the district administration and the departments concerned will be directly responsible for the consequences.