Chikkaballapur, Oct 24: Renowned litterateur Rangareddy Kodirampura died at his residence in the city on the morning of Sunday, October 24.

Rangareddy is survived by his wife, two sons, and scores of admirers.

Rangareddy was a native of Kodirampura of Madhugiri taluk of Tumkur district. He was a Kannada lecturer at the National College of Gauribidanoor. He wrote many books including Janapada Samskriti, Saalu Hongeya Tampu, Bandaya Janapada and Nannoora Haadu. 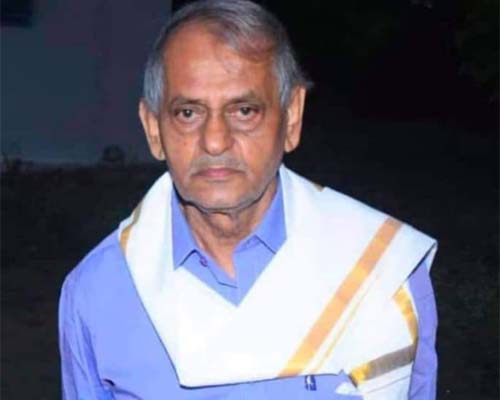 Rangareddy was the president of the fifth Kannada Sahitya Sammelana that was held at Chikkaballapur in 2015. He also served in Yakshagana Academy, Kannada development authority and Janapada Academy.