Bengaluru, Nov 24 (IANS): Mangaluru auto blast accused Mohammad Shariq wanted to carry out an explosion at a children's fest organised by one of the organisations affiliated to Rashtriya Swayamsevak Sangh (RSS), sources said on Thursday.

According to them, the investigation teams have found that Shariq wanted to carry out the blast at the state level child fest programme by Keshava Smrithi Samvardhana Samithi, which comes under RSS. 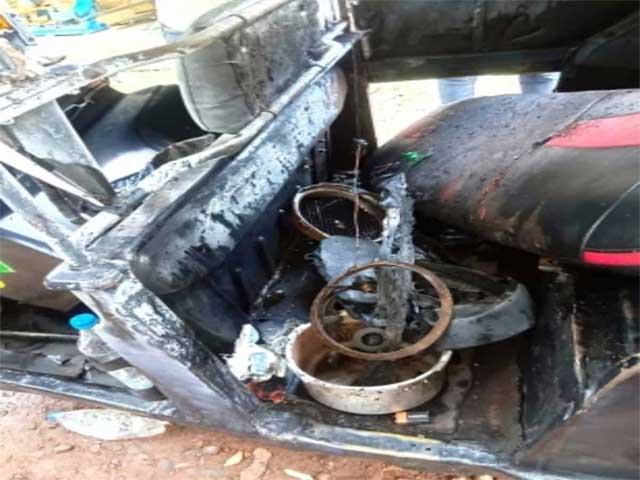 More than 10,000 people attended the programme organised at Sanghaniketan on November 19 with their children. Several senior RSS leaders were also present on the occasion. The accused had planned to attend the programme in the guise of a student and carry out the blast.

The recovered android mobile of the accused had shown that, on November 19, the day the explosion occurred, he had searched for Mannagudda-Gandhinagar location twice after reaching Mangaluru.

Sources in the intelligence agencies have confirmed that the original target of suspected terrorist was to carry out the blast at the Chief Minister Basavaraj Bommai's programme. However, since he missed the bus at boarding point Mysuru to reach Mangaluru, his plans were changed.

Later, he reached Mangaluru by another bus which took the route of Mysuru-Madikeri-Puttur. The terror suspect was found to be searching for location about eight times to find out when he will exactly reach Mangaluru while travelling, the sources said.

The police have detected in his google search history about accused Mohammad Shariq searching for Mannagudda-Gandhinagar location twice where the children's fest was organised.

Sources explain that the programme of Chief Minister Bommai was also fixed at the Sanghaniketan on November 19. Bomb sqaud and dog squads had also visited the venue, but his programme was cancelled at the last minute.

Suspected terrorist Mohammad Shariq's lungs were filled with smoke emanated after blast and his throat was injured when the explosion took place. The police stated that he might require 25 days of treatment to recover.

Once he is declared medically fit, the agencies will probe him regarding his targets as well as his support base to get into the roots of the terror network.