Chennai, Nov 22 (IANS): The Central Intelligence agencies probing the antecedents of the Mangaluru blast accused Mohammed Shariq and his connections in Tamil Nadu, have found that he had met the car blast accused Jameesha Mubin in September.

Police found out that the duo had met at Siringanellur in Tamil Nadu.

Notably, Mohammed Shariq had stayed at a dormitory in Coimbatore and had secured a SIM card using the identity of his dormitory mate, Surendran, a private school teacher from Udhagamandalam. Surendran is in police custody. 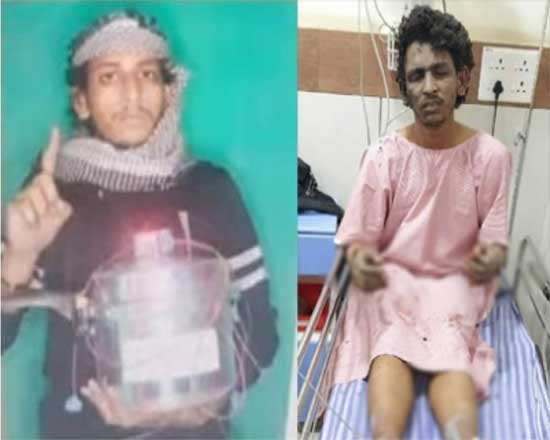 The agencies are probing who all he had met and whether he received any help from Coimbatore and other areas of Tamil Nadu other than Surendran helping him procure a SIM card.

Investigations are also on to ascertain whether he had any role in the October 23 Deepavali eve car blast in Coimbatore in which Jameesha Mubin was charred to death.

Six other accomplices of the deceased Mubin were arrested under UAPA and lodged in Coimbatore central prison.

It may be noted that one of the arrested is Mohammed Talka who is the nephew of S.A. Basha, founder of Al Umma, the Islamic terror organisation involved in the Coimbatore serial blasts of 14 February 1998 in which 56 people died and more than 200 grievously injured.

The NIA and Central agencies have questioned a few people in certain pockets of the state to get more details on whether any support system had worked for Mohammed Shariq. After the ban of the Islamist organisation, Popular Front of India (PFI) in September 2022, some small organisations owing allegiance to Islamic ideology surfaced in some parts of Tamil Nadu, including Coimbatore.

The agencies are probing whether Mohammed Shariq had interacted with any of these six accused in the Coimbatore car blast case other than Jameesha Mubin.

Tamil Nadu police have also taken into custody a few people in Chennai, Coimbatore, Tiruchi, and Madurai after the Mangaluru blasts and an investigation is on to see whether these people had provided any support to Mohammed Shariq.

A senior officer with Tamil Nadu police told IANS that those taken for questioning were involved in some nefarious activities earlier and had shown allegiance with some Islamic groups and movements including the banned PFI.