Beltangady, Dec 19: The high drama following the kidnap of a boy from Ujire ended on a happy note. The kidnappers reportedly had made demand for payment of ransom in the form of bitcoins.

Anubhav, eight-year-old son of Bijoy, grandson of an ex-serviceman, Shivan, had been abducted. Shivan happens to be a leading hardware dealer. The boy had been kidnapped at around 6.30 pm on Thursday by the occupants of an Indica car bearing yellow number plate. 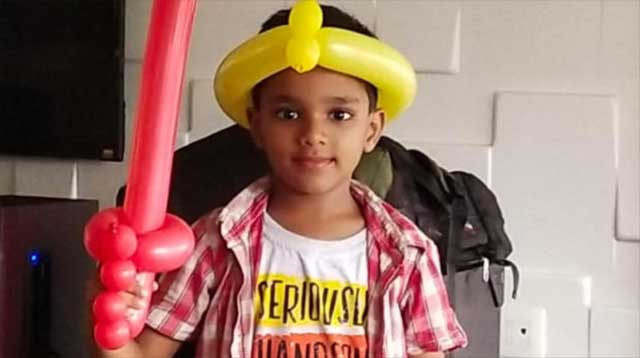 The special squad of Mangaluru police led by DySP Valentine D'Souza, with the support of Kolar superintendent of police, Kartik Reddy, arrested the kidnappers. The boy was found to have been kept in a house at Koorna Hosahalli in Malur taluk, Kolar district. The kidnappers had called Sariya Bijoy, wife of Bijoy, seeking payment of ransom amounting to Rs 17 crore.

As soon as the case was registered, the special police team sprang into action, tracked and trapped the abductors in Kolar district. The accused have been kept in Masti police station in Kolar. The boy was found to have been kept in the house of Manjunath from Koorna Hosahalli village.

Four kidnappers including Gangadhar from Mandya and Komal from electronics city were arrested by the police. Manjunath has also been arrested for helping the abductors. Mahesh, a friend of Komal, also has been arrested for his role in the kidnap. Mahesh, a tanker driver from the electronics city, knew Komal well. The kidnappers had arrived at the village in Kolar along with the boy on the night of Friday December 18.