New Delhi, May 19 (IANS): The efforts of Congress and JD(S) alliance in Karnataka seem to be failing as multiple exit polls showed that the Bharatiya Janata Party will secure a maximum of 18 Lok Sabha seats.

The survey conducted by IANS-C Voter has predicted 18 seats for National Democratic Alliance (NDA) followed by nine for United Progressive Alliance (UPA) and one seat to independent. 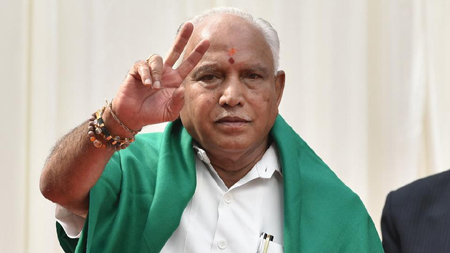 As per the India Today Axis poll, BJP will win between 21 and 25 seats and Congress alliance between three and five. The poll has predicted 0-1 seats for others. The Chanakya-News24 exit poll has forecast 23 seats for the BJP and the Congress-led alliance five seats.

The AP-Nielsen Survey predicts 15 seats for NDA and 13 for UPA. The survey has forecast zero for others.

In the 2014 election, the BJP had won 17 seats in the state, while the Congress got nine and the JD(S) just two.

Nikhil Kumaraswamy, a second grandson, contested from Mandya, a seat traditionally held by the Congress but given to the JD(S) in the seat-sharing exercise. He faced off against independent candidate Sumalatha, wife of late actor-turned-politician Ambareesh. She had the support of the BJP as this was the only seat the saffron party did not contest.

For the Congress, leader in the outgoing Lok Sabha and MP from Gulbarga, Mallikarjun Kharge, and state Agriculture Minister Krishna Byre Gowda, were among the prominent faces this election. Gowda contested from Bangalore South against the BJP's union minister Sadananda Gowda.