Kasargod: Kayyara Kinhanna Rai memorial to be built at a cost of Rs 1.5 crore in Badiyadka

Kasaragod, Aug 11: A sum of Rs 1.5 crore has been finalised to build a Kayyar Kinhanna Rai cultural memorial centre in Badiyadka. The memorial will be built at the place which will be handed over to Kavitha Kuteera Trust which includes the family members of Rai.

The memorial is being constructed with a funding of Rs 50 lac from the Kerala government's budgetary allocation and Rs 1 crore from the Karnataka Border Area Development Authority as decided at a meeting held in the Zilla Panchayat chairman's office. 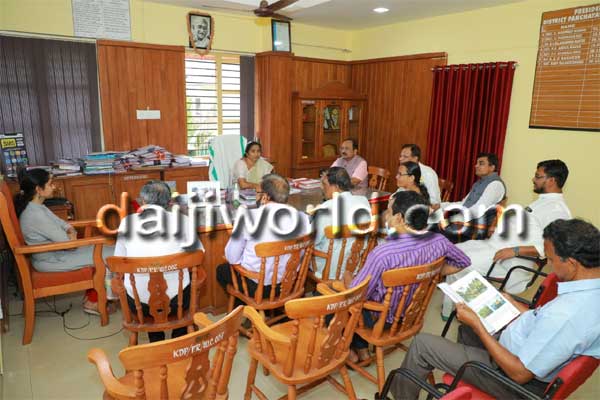 Before the commencement of construction work, a memorandum of understanding will be signed between the Zilla Panchayat and the Karnataka Border Area Development Authority.

Representatives and officials of ZP and Karnataka Border Area Development Authority among others will also be part of the overseeing committee.

Title: Kasargod: Kayyara Kinhanna Rai memorial to be built at a cost of Rs 1.5 crore in Badiyadka