He will be taken to the ED office later on Sunday evening for further action, including the strong probability of arrest, on alleged grounds of 'non-cooperation' with the probe. 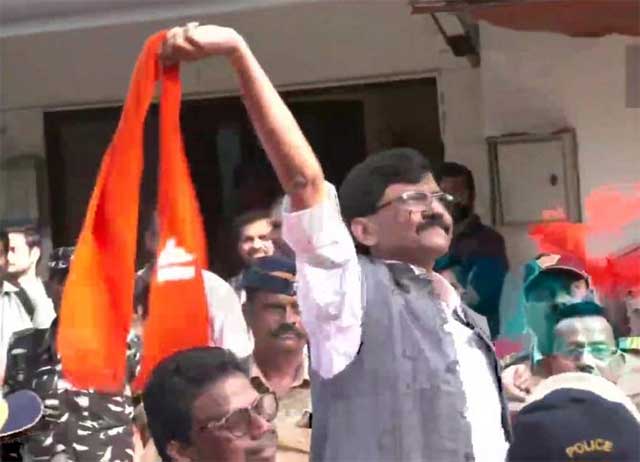 The MP's brother MLA Sunil Raut told a private news channel that the ED could not locate certain documents pertaining to the Patra Chawl case, leading to Sanjay Raut's detention and he would be taken to the ED offices.

The ED action came after its sleuths swooped on Raut's Bhandup residence, 'Maitri' at dawn on Sunday and carried out searches for over 9 hours.

The developments followed Raut skipping two ED summons and then seeking time till August 7 as he was tied up in Parliament-related commitments.

Hundreds of Shiv Sainiks converged outside and staged protests, raised slogans and condemned the detention of Raut.

The government had deployed tight security by the Mumbai Police and Central Reserve Police Force.