HIDL and the Wadhawans are already accused in the sensational Punjab & Maharashtra Cooperative Bank (PMC Bank) scam that blew up in the Indian banking sector three years ago in September 2019. 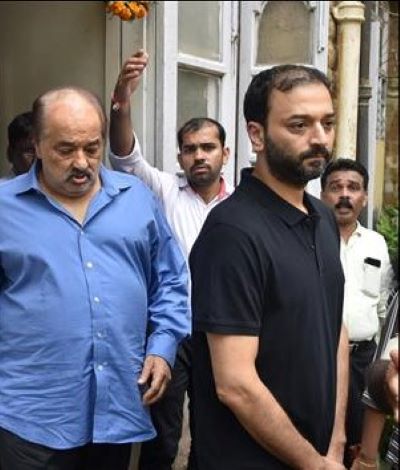 The Indian Bank has declared the Wadhawan father-son duo as ‘Wilful Defaulters' for the sanctioned loan of Rs 197.60 crore, which has now grown to 278.80 crore, besides interest.

It has warned the people against entering into any deals with the properties of the HDIL and the Wadhawans and guarantors as a huge sum is recoverable from them.

Despite attempts by IANS, there was no response from the Indian Bank's top officials on the issue.

The Indian Bank's admission has again brought the PMC Bank scam of around Rs 6,500 crore to the fore with prominent players including the Wadhawans and many others.

The Bank Depositors Protection & Welfare Society (BDPWS) Secretary and banking expert Vishwas Utagi said it is "a matter of serious concern that the Wadhawans are now labelled as ‘Wilful Defaulters' by a nationalised bank".

"In all such bank scams, the crime is known, the criminals are also known, but what about the recoveries? During the so-called efforts to discipline the errant players, the NCLT allows the banks to take upto 75-80 per cent 'hair-cuts', leading to barely 20-25 per cent recoveries. Ultimately, it's only the public which suffers," Utagi said sharply.

Citing the Indian Bank example, he called upon Union Finance Minister Nirmala Sitharaman to immediately direct the Reserve Bank of India (RBI) to order all other public or private sector banks that have exposure to the Wadhawans.

"This will reveal the real extent of the frauds these scamsters have perpetrated on the banking sector and the Members of Parliament of all parties must take note of this in public interest. A mechanism must be evolved to ensure the maximum amounts are recovered and return to the economic mainstream," Utagi urged.

Besides the PMC Bank and the Indian Bank, others from the Wadhawan clan -- Kapil Wadhawan and Dheeraj Wadhawan -- figure in the Yes Bank scam along with its founder Rana Kapoor and his family, and several other bigwigs, with probes by the SEBI, Enforcement Directorate and Central Bureau of Investigation.

Industry and banking circles claim that post-demonetisation, the realty sector alone could account for loan defaults of over Rs 12-lakh crores, but most of it has yet come to light, as millions suffer.

Utagi, through the BDPWS, is soon filing a PIL in Bombay High Court, highlighting the woes of all the bank depositors ruined by such scams and seeking suitable directions to ensure their amounts are recovered, the culprits punished and the banking system cleansed.