Mangaluru, Jun 23: More than 5,000 trees will be axed along the Mangaluru-Sanoor stretch for widening the national highway to four lanes. Environmentalists are opposing the move and trying to save the trees.

NHAI is about to begin work on four lane of NH 169 between Sanoor and Kulshekhar. More than 5,000 trees have been identified to be axed for the project. From Bikkarnakatte to Mijar, the zone falls within the jurisdiction of Mangaluru forest officer zone while the Mijar to Sanoor stretch falls under the limits of Moodbidri zonal forest officer.

Environmentalists opine that they are not against any development. However, they have appealed to the administration to shift the trees instead of cutting them. If this is not possible new trees have to be planted now itself. They say that the NHAI officials promise to restore greenery once the work is completed but never keep up on their word. 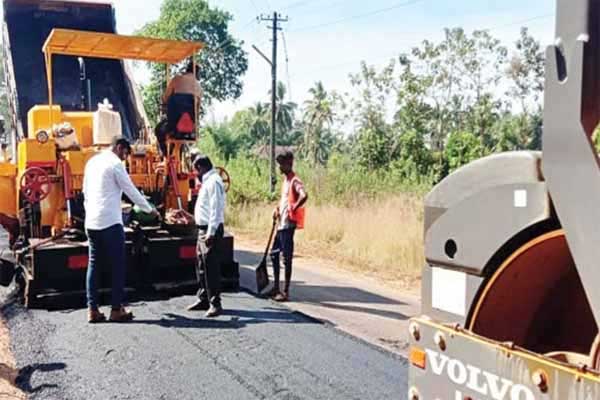 The Mangaluru-Karkala highway which was to be widened by 60 meters was widened by just 45 meters to save hundreds of trees. The same model needs to be adopted along the Kulshekar-Sanoor four lane road works as well.

Officials of NHAI have not yet responded to the appeal of resurvey of trees made by the environmentalists which will save at least a few hundred trees. However, the officials have said that they will think on whether to shift the trees or plant new ones.