Udupi, June 22: "We are planning to formulate necessary policy changes to appoint Agniveers for the post of physical directors under the social welfare department, " said minister for social welfare and backward classes department Kota Srinivas Poojary.

Addressing a press meet here he said, "We are planning to formulate reservation for the post of physical director of residential schools working under department of social welfare and backward classes. I have asked the department officials to formulate a policy decision to reserve 75% for the Agniveers," he said.

Speaking on the textbook revision row in the state, Kota said "Many writers have raised their concerns about the textbook revision in the state. Minister for primary and secondary education B C Nagesh has already convinced them with facts. We have convinced all of them who had raised concerns. It is the responsibility of the government to respond to queries and criticisms and I believe that our government has exercised this duty to the fullest," he said. 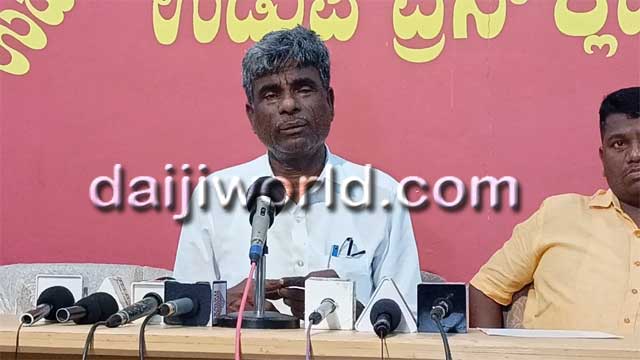 Responding to a question related to an oral order by the government which had stated that the Rohit Chakratheertha committee is meant only for reviewing the textbook and not revision, Kota Srinivas Poojary said "The committee was formulated based on the same principle which had constituted earlier committees. About this oral order I will check with the concerned and get the details. We had organised programmes in every district to convince about the facts of textbook revision. This row is a part of a conspiracy to malign the government," he said.