Mangaluru, May 21: Due to the work for namesake by the Mangaluru City Corporation (MCC), taxpayers’ money is going down the drain. Negligence of people's representatives and officials is the reason for this failure.

With monsoon round the corner, MCC has taken up the work of clearing the drains. The work is done in a hurry and the mud and other garbage removed from the drains are kept in heaps by the side of the drains and no one takes care to clear it for weeks together. When it rains, the same garbage and mud flows back into the drain and the work goes a waste. 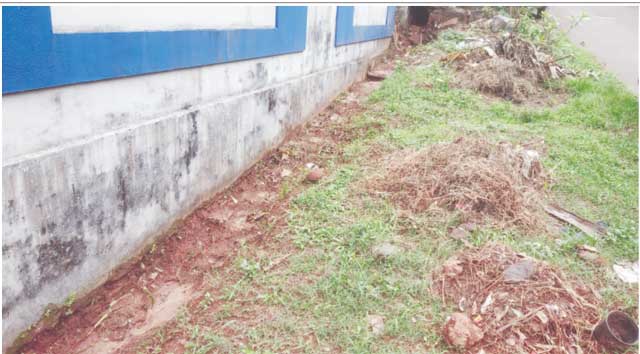 There are 37 main drains in the city apart from other drains which are smaller. During the rainy season it is common for rainwater to gush into the houses and the shops in low lying areas like Kudroli, Alake, Pumpwell, Kottara Chowki and Kuloor. This is because the drains are not cleared of the silt in time.

Mayor Premananda Shetty says that contractors will be given instructions to clear the garbage and mud be removed immediately. But in practice this is not being done. Hapless citizens are bearing the brunt of the lacklustre attitude of MCC officials and administration.