Bengaluru, Jan 28 (IANS): The 13th Bengaluru International Film Festival (BIFF) will be held from March 3. A decision in this regard was taken at a meeting of the BIFF Organising Committee, chaired by Karnataka Chief Minister Basavaraj Bommai.

The film festival would be a 10-day event, Bommai said on Thursday.

"BIFF has received the recognition of Federation of International Film Producers Association. Thus, the film festival would have a global stature. It is a matter of pride that BIFF is one of the 45 global level international film festivals," Bommai said. 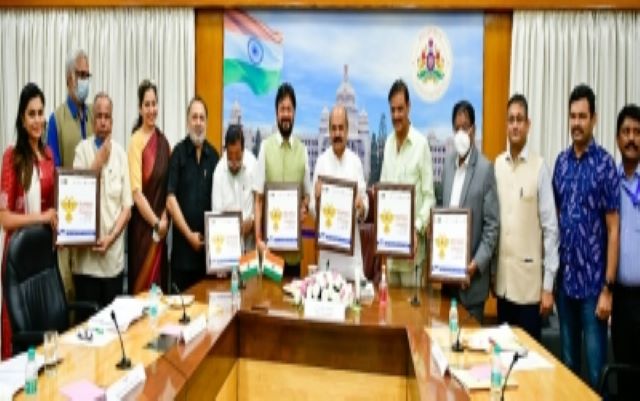 "Kannada films had brought fame on numerous occasions in many countries. Best of the Kannada movies should be exhibited at the international film festival. BIFF should become a model for other film festivals," Bommai added.

Social messages should be delivered through the film festival, he said.

The Chief Minister also released the BIFF logo on the occasion.

Horticulture Minister Muniratna, Chairman of Karnataka Chalanachitra Academy Sunil Puranik and other dignitaries were present on the occasion.