Mangaluru, Jan 18: Dakshina Kannada district deputy commissioner Dr K V Rajendra, has said that the officials have been instructed to close down schools in the district with five or more Covid19 positive cases temporarily for a week and start online classes in the meantime.

This instruction was given at a meeting of school administrations and officials held on Monday in the office of the deputy commissioner. The meeting was convened in the light of increasing Covid19 positive cases in the district. 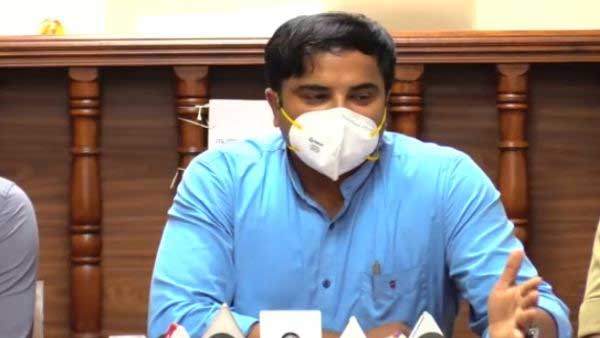 The opinion that if all the schools in the district are closed down under the current circumstances, it will result in problems. Therefore, participants of the meeting expressed the opinion that operation of schools with more number of infections can be temporarily suspended.

After the meeting, the deputy commissioner informed the media that details of Covid19 positive cases would be put together everyday form the officials. He said that another meeting of the school administrations and officials will be held after a week to take stock of the situation and decide on the future course of action.

Rajendra stated that the government has issued order to close schools with more than ten Covid19 cases. He said that in Dakshina Kannada, schools where more than five positive Covid cases are found, will be closed down temporarily and online classes would be conducted. He said that the situation will be reviewed after a week in a similar meeting to be held again.

Deputy director of public instruction, Sudhakar, heads of private school administrations in the district and block education officers were present.