Mangaluru, Jan 17: Bhagyashree, wife of Chetan Kottary and Nikshitha, wife of Prasad, two among the accused held on the allegation of plotting robbery and murder, have asserted that their husbands are innocent. Chetan Kottary, working as a real estate broker, has been accused in the said case along with Akashbhavan Sharan and others.

They said that the police of the city crime branch took away their husbands. Later, they were given to understand that their husbands were taken into custody, having been named as accused in a case registered in Surathkal police station. Bhagyashree asserted that her husband is not involved with any kind of criminal activities and that the police have hoisted false cases against him and attempted to project him as an accused. "This kind of highhanded behaviour on the part of the police is harmful for the health of the society. They have cited innocent people as accused and behaved in a manner that is against the principles of the constitution. By projecting our husbands and families as criminal elements, they have brought infamy to our entire families," they said in a press meet. 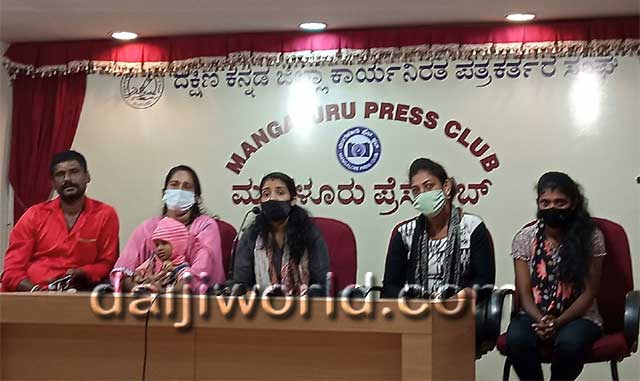 Bhagyashree and Nikshitha have demanded for suitable investigation to probe the modus operandi of police in this case. They said they are prepared to undertake any kind of religious vow in any of the temples of Daivasthanas asserting that their husbands are not involved with this case.