Shivaprasad, a well-known Kabaddi player, was a member of Mani Yuvaka Mandal. He was ill for the past some days and was being treated in a hospital. It is learnt that the treatments failed to improve his health and he passed away on Sunday.

Shivaprasad has left behind mother, a sister, a brother as well as relatives and friends. 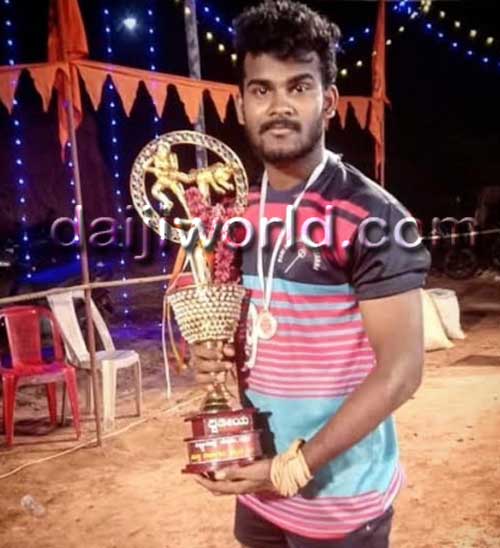 During the last two years, this young artiste had won the hearts of the people through his comedy. He was an astute patriot who also entertained the people through social websites during the gloomy coronavirus infection days. He had earned immense popularity and had a huge fan base. From his childhood, he had nursed the ambition of becoming a member of the defence forces in order to serve the country. He also was busy with gym and other exercises on a regular basis in order to realize this ambition. He also was preparing for the examinations to join the defence forces.

Shivaprasad had many dreams for the future but he did not live long enough to realize them. The people of Mani village are mourning the demise of a friendly youth whose ambitions ended prematurely due to the evil designs of fate.