Koppal: Man pays bus fare of Rs 463 for his chicken

Koppal, Dec 1: People feel awkward paying fare for the bus travel of their pet animals or birds. They hesitate in making payment and normally argue with the bus conductor. But in a recent incident, bus fare of Rs 463 was paid for a poultry bird.

A man brought a chicken with him when travelling to Gangavathi from Hyderabad on Monday. As per the transport rules, half a ticket is charged for birds. But many try to avoid paying the fare by hiding the bird in their luggage. Some others start a prolonged argument with the conductor about the need to pay fare for a bird which easily can stay perched on their laps. 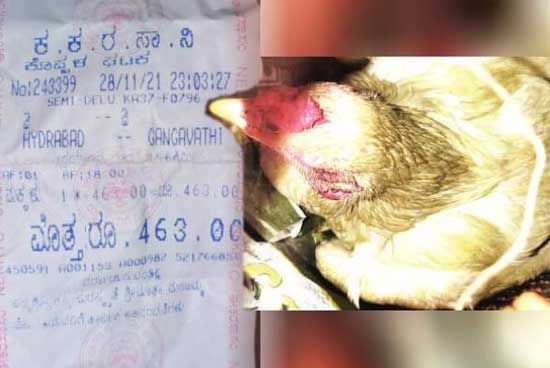 In this case, perhaps on account of his profound love for the bird, its owner paid Rs 463 fare for the bird's travel without grumbling.