Mumbai, Sep 30: On Wednesday, September 29 around 6.10 pm, MBMC water supply department official Deepak Khambit(49), who is from Borivili, was on his way home after meeting a friend, when two men on a bike with white windcheaters approached his vehicle on the North-bound arm of Western Express highway.

When Khambit's vehicle was near Sanjay Gandhi National Park, two rounds were fired by the men on the bike. The bullets shattered the window panes, but missed Khambit. Deepak Khambit suffered and injury on his right hand from the shattered glass shards and was in shock. 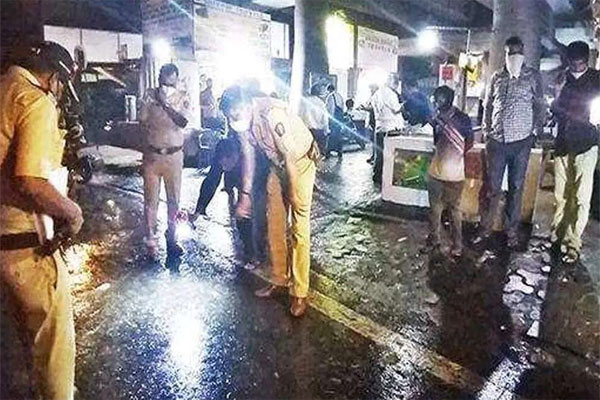 Mumbai police put up nakabandis across the Western Suburbs, and took Khambit who was in the back seat to a public hospital, where his wounds were treated. Late night his statement was recorded to find out if he was threatened by anyone.

In January 2021, Khambit was transferred to the department, before this he was an executive engineer with the public works department.

An FIR has been registered by the Kasturba Marg police. The crime branch is carrying out a parallel probe. Police are looking into the case and are trying to find out if the firing was a warning, or if someone held a grudge against Deepak Khambit.