Brahmavar, Jul 24: Relating to the murder of Vishala Ganiga from Gangolli by strangulating her with a cable in a flat she and her husband owned at Uppinakote near Brahmavar on July 12, another accused has been reportedly taken into custody from Mumbai by the investigating team.

He is said to have already sold the gold ornaments valued at about two lac rupees which the murderers had robbed from the deceased in Mumbai. He is lkely to be bought here in a couple of days. 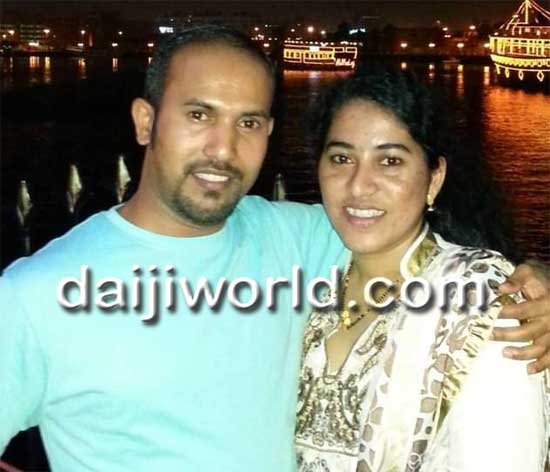 The police were able to crack the complicated case within a week of the murder. After investigation, the police concluded that Vishala was murdered by two persons at the behest of Vishala's husband, Ramakrishna Ganiga, who issued directions from the Gulf where he is employed. The plan was hatched clandestinely about six months back, and Ramakrishna had taken enough care to ensure that no one got the wind of the plan he was hatching.

Out of the two persons who executed the murder, one was held from near Nepal border in Gorakhpur, Uttar Pradesh. The police were hunting for two others, one who was partner in the crime, and the other who introduced the killers to Ramakrishna.

The police custody of Ramakrishna Ganiga, NRI husband of slain Vishala Ganiga, who is one of the accused in the murder case, ended on Friday July 23. He was produced in the district court and remanded to judicial custody.

Investigating officer of the case, Ananthapadmanabha, circle policel inspector of Brahmavar, led a team which fulfilled legal processes and produced Ramakrishna in the court after which the judge passed orders remanding him to judicial custody.