Udupi, Jul 23: Swaminathan Nishad, one of the two supari killers and resident of Gorakhpur, who are accused of murdering Vishala Ganiga, resident of Uppinakote, was produced in court. He is remanded to 10 days of police custody for inquiry.

Swaminathan is a resident of Charpan Bahurag of Gorakhpur district of Uttar Pradesh. He was arrested by the police. Ramakrishna Ganiga, husband of deceased Vishala and the main conspirator of the gruesome murder is already in police custody. His police custody is likely to get extended for further interrogation. 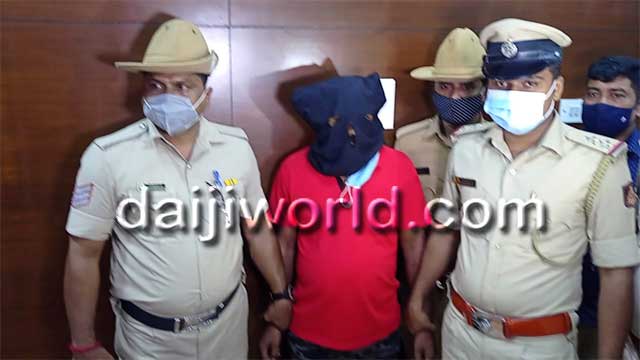 Out of the two supari killers, who carried out the killing, one is still at large. However, police sources informed the vital leads regarding his hideout are already with the police and he will be arrested soon.