Udupi, Jul 13: The murder case of Vishala Ganiga, resident of Uppinakote is still a mystery to the police. The flat in which Vishala’s mortal remains were found does not have any CCTV. In addition, there is no CCTV in nearby areas also.

The suspected murder of Vishala has opened up many answered questions. The investigation is being done in all possible angles. Four special teams including the Brahmavar police station were formed on Monday July 12 itself. This information was given by SP Vishnuvardhan to Daijiworld. 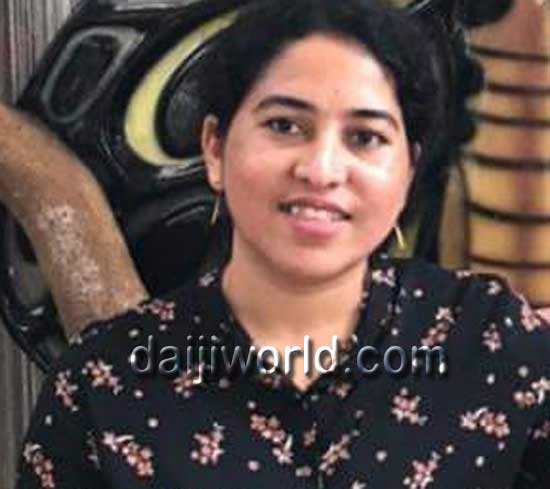 The main suspicion lies in two possibilities of murder for gain for the gold she was having with her or the power of attorney of the property of her husband given to her by her husband Ramakrishna Ganiga. Two cups of coffee were found in the apartment where Vishala’s body was found. So it is believed that someone who is known to her had visited the flat. The police are verifying the CDR (Call Detail Record). The things confiscated from the apartment have been sent to the forensic lab for further analysis.

Udupi, Jul 13: Police inquired one person over suspicion of involvement in the murder of Vishala Ganiga on Tuesday July 13. He was later released, informed police sources.

Further, during police investigation, it came to light that Vishala Ganiga had messaged her husband on phone at 12 noon on the day of the unfortunate incident. In her message, she had informed him that she was in the bank and that she had ordered cake for the birthday of their child.

Rs 2 lac worth gold including Mangalasutra, earrings and bangles which she was wearing, are reportedly stolen.

The investigation also revealed that Vishala had the power of attorney over the property which was given to her by her husband. Her husband’s ancestral property was divided just a few days ago. The deceased along with her daughter were in the town in connection to the same property’s paperwork.

It may be recalled, 35-year-old Vishala was found dead at her apartment in Brahmavar on Monday July 12. She had strangulation marks on her neck, informed police.