Udupi, Jul 14: The police are continuing with investigation from several angles into the shocking murder of Vishala Ganiga during daytime. Vishala, daughter of Vasu Ganiga from Nayakwadi, Gangolli, had been married to Ramakrishna Ganiga, working as personal assistant for a man from Bijoor who currently is a Dubai-based entrepreneur, nine years back. The couple lived with their daughter in Dubai. In 2019, they acquired a flat at Kumragodu near Brahmavar which they used whenever they visited India.

It is said that two used tea cups were found inside the flat, which gives the clue that known people would have murdered her. Vishala did not let strangers inside and when strangers including her husband's friends approached, she used to confirm their identity with her husband through video call before entertaining them, it is said. 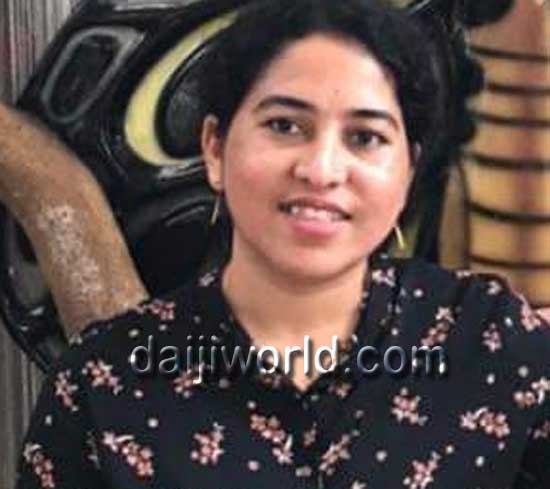 Vishala was strangulated with a mobile charger cable initially and then laptop charger cable. The fact that only the ornaments worn by her were stolen even though there were other ornaments inside the house, has given rise to suspicion that this was a ploy to mislead the investigators. The auto rickshaw driver who dropped her at the apartment told the police that he came to the apartment from Gujjadi and returned after dropping Vishala. It is said that Vishala knew the auto rickshaw driver well and used his services whenever she was on a visit to her native place.

It is said that Vishala's husband used to deal in properties and had acquired properties in different places. In some cases, there were disputes over the properties, it is being claimed. Therefore, enmity could also be a reason for the murder.