Renowned speakers from India who are experts in their field shared their success stories and the unique ways with which they converted possibilities to opportunities. This included people from a varied strata of society including sports personnel, spiritual gurus, start-up champions, runaway leaders who took up small time opportunities to acheive mountain of success. 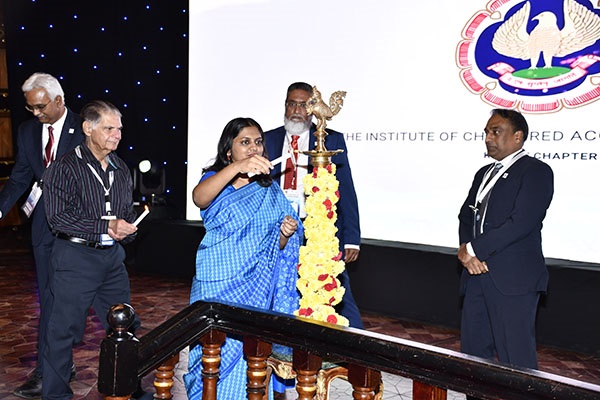 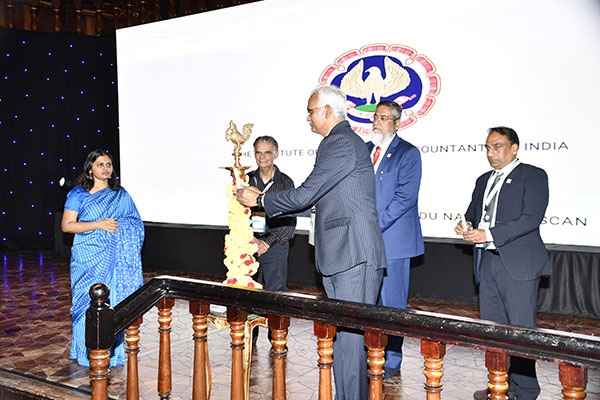 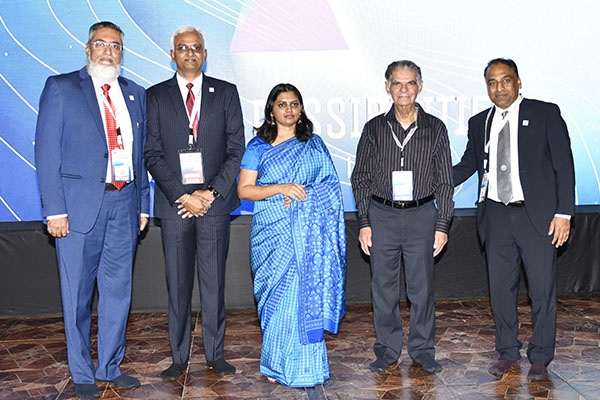 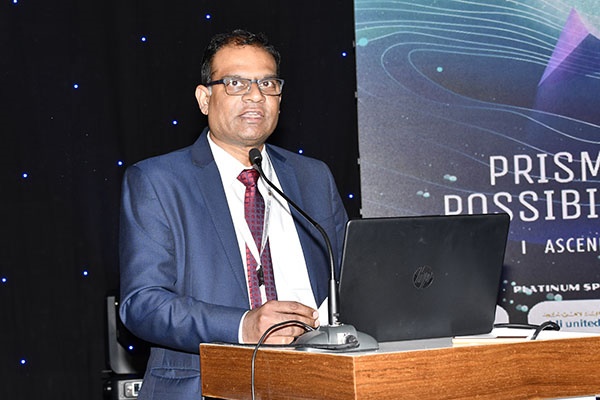 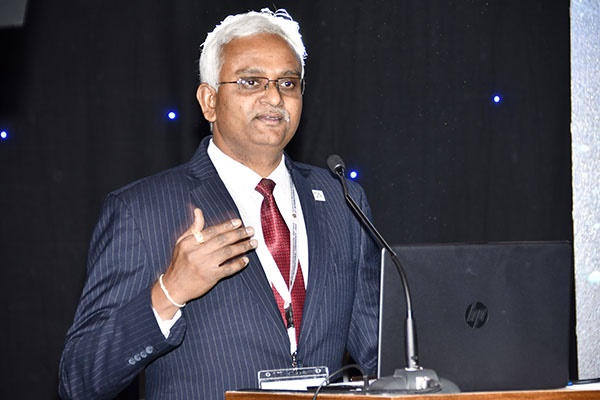 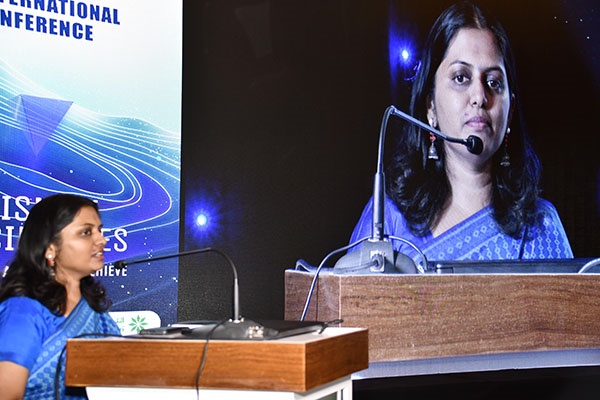 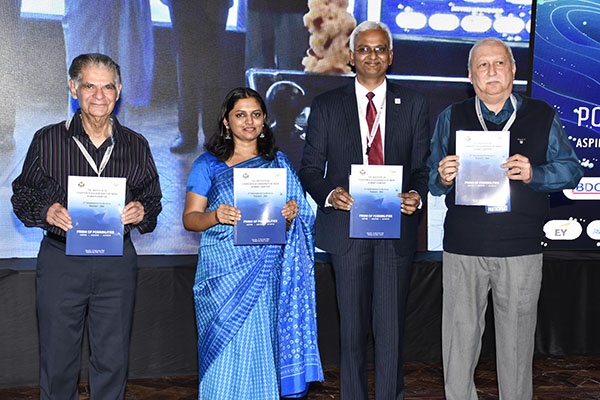 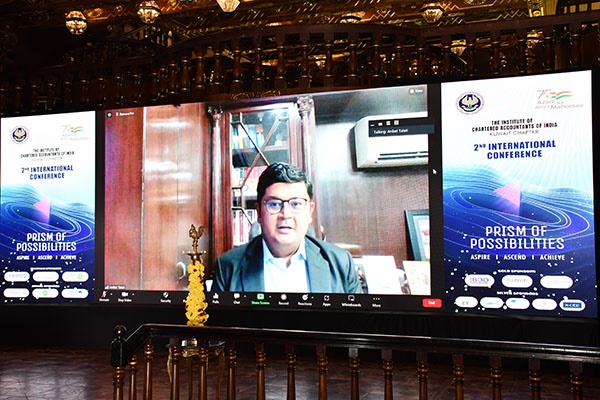 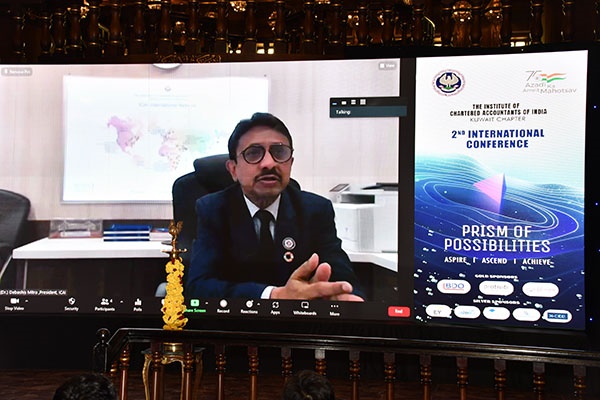 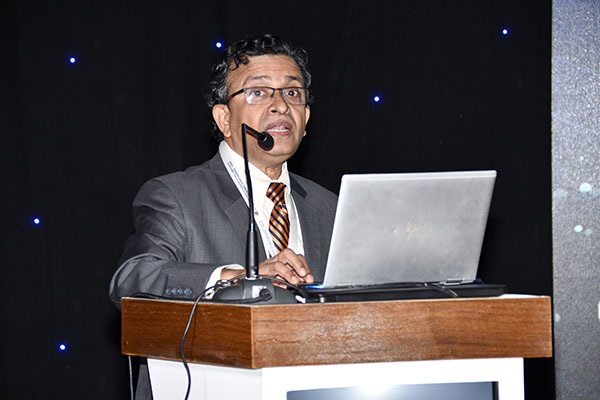 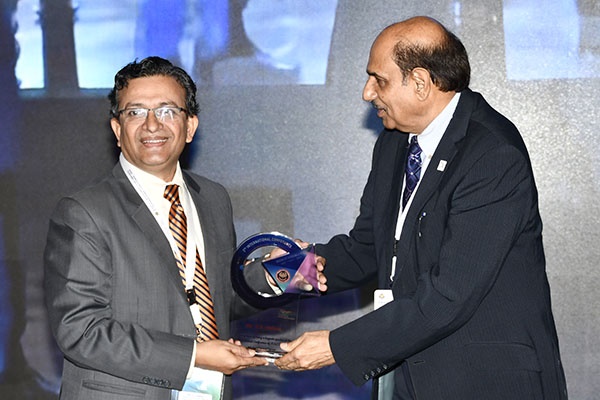 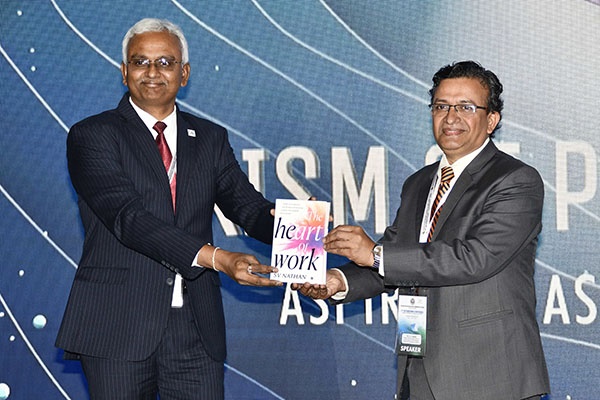 After the registration and networking, the program started with a formal welcome by compere of the day, Lloyd D'Souza followed by the singing of National anthem of Kuwait and India. ICAI Kuwait chairperson CA Sriram Gopalakrishnan welcomed the audience officially. After the inaugral address by chief guest Smita Patil, Charge' d' affaires a.i, a souvenier was released to mark the event. As they couldn't attend personally, ICAI vice president CA Aniket Sunil Talati and ICAI president CA (Dr) Debashis Mitra addressed the audience and gave a brief about the chapter and conference through a Zoom meeting.

Speaker of the day S V Nathan's talk about "Future (with) options" was very inspiring. He appreciated Kuwait for its discipline and generosity. He spoke about how to become an outstanding professional and moreover, a human being, how an idea can change life, changes in technology etc. He focused on how the technology had changed from files to laptop and working in office to work from home/anywhere. He along with CA Sriram Gopalakrishnan released the book "The Heart of Work" written by him.

Anshu Gupta spoke on topic "Dignity, not charity." He insisted on paying back to the society in return to the benefits one gets from the government which is from the taxes of the common man. His charity work started after realizing that the people in some parts of India are not dying due to cold but due to lack of warm cloths. He explained how the cloths changed the look of a person and about the exchange of money and skills. He said one should not forget that it's a blessing to bealive after Covid-19 as everyone has lost someone. He said that the charity is not paying back but it is giving back to society what we get.

Lakshmi Iyer spoke on "India - a land of opportunity." She spoke about inflation surge across the globe, recession, foreign investments, surging exports in India, GDP growth, investing in stock markets etc. She implored one and all to keep faith in India's growth and invest here.

Capt Akhilesh Saxena with the topic "Arise, Awake and Ascend," explained his journey in the Indian Army. He said to see the opportunity, one must have dream and passion for the same. He related the teamwork to the journey of a soldier and facing difficulties in war field.

Ritesh Andre's talk on "Think about the box" mesmerized the audience. He explained how the Mumbai Dabbawalas collect the tiffin at 9 am and deliver to offices before 1 pm and return the empty boxes before 6 pm. There are a total of 5,000 Dabbawalas in Mumbai who deliver 2 lakh tiffins on time without any private vehicles or technology with only 1 in 6 million missing tiffin which can't be achieved by any delivery companies. All the tiffins are identified by their own coding system which was explained in detail during session.

A panel discussion on the practical aspects of start-up universe a was done by panel moderator CA Sunny Bhatia, CFO, Kuwait Projects Holding Company along with Abdullah Al Ajmi (Co-Founder of Hesabe), Divanshu Jain (Founder of KATCH), Jamal Al Humoud (Founder and CEO of Journey) and Ali Abdul Hassan (Co-Founder & CEO of TAP). They shared their views on new business start-ups and the challenges faced while running the same. They also spoke about the growth of new businesses including online during and after Covid-19.

The CAs who have completed 25 years of their professional journey and the students from Kuwait who completed CA were honored with mementos by CA Sriram Gopalakrishnan. All the guest speakers, media personals and dance artistes were felicitated with mementos. As a part of Indian Cultural Presentation, Kinkini Ensemble under the guidance of Karnataka Kalashri. Guru Rangashree, a classical dance 'Bharatham' was presented by Srivibha, Gayathri Devi and Vidhyavathi.

Vote of thanks was proposed by CA Rabin Gonsalves, vice chairperson, ICAI Kuwait Chapter. Raffle draws were conducted to keep the excitment in audience. The program was well compered by Kuwait's one of the top MC's Lloyd D'Souza. The well arranged program came to an end with a grand buffet dinner. Daijiworld received a special mention and memento on the occasion.

The Kuwait Chapter was formed in the year 2007 to provide a forum for its members to comply with “Continued Professional Education” (CPE) requirements as mandated by the Institute of Chartered Accountants of India, among other professional development and networking opportunities. There are over 500 chartered accountant members registered with the Chapter. The members serve in various high capacities across the country as finance ambassadors of India in Kuwait with some occupying C suite, Board level and partner positions. They are looked upon by the local business community as trusted advisors and have built a reputation of integrity, reliability and professional excellence. The chapter also runs the revered CA examinations in Kuwait two times a year from which many students have benefitted and have passed the course successfully becoming chartered accountants.