The legislator met union surface transport and highway minister Nithin Gadkari in New Delhi on Thursday, December 1 and submitted a memorandum/request regarding the merger of toll charges levied in Hejamady following the closure of Surathkal toll gate.

The union minister accepted the memorandum and said he would convene a meeting with the National Highway Authority of India officials on December 5 to discuss the issue.

As per Udupi-Chikkamagaluru MP and union minister of state for farmers' welfare Shobha Karandlaje's directions, who is busy in the ongoing Gujarat Assembly polls, the matter was discussed between the officials of her department and brought to the notice of union minister Gadkari and his team of officials. 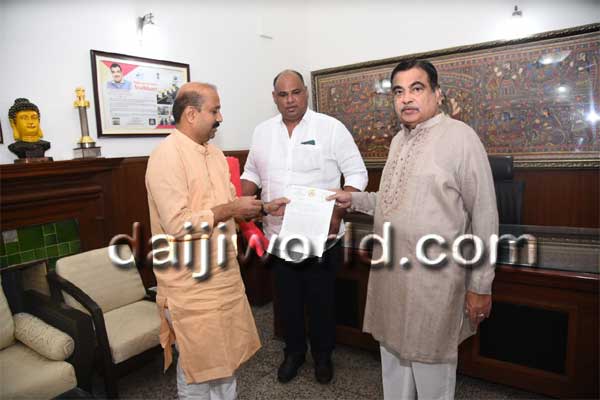 Later, a meeting was held with the NHAI officials and the issue of merger of toll gates was discussed and how the doubling of the toll charges is affecting the local commuters adding that suitable action needs to be taken to address the issue.

Motorists of Udupi have to now pay double the toll charges at Hejamady following the closure of Surathkal toll gate. Mangaluru International Airport-bound taxis and other vehicles from Udupi have to pass through Hejamady toll gate to reach the airport via Mulki and Kinnigoli. Moreover, there was a 50% discount on toll charges at the Surathkal toll gate for locals engaged in business activities. But, now the toll charges have been doubled at Hejamady, which is unscientific as mentioned by MLA Bhat in his letter to the union minister.

MLA Raghupati has urged the union minister Nithin Gadkari and NHAI officials not to collect additional toll charges at Hejamady until the meeting scheduled for December 5 is over.