Bengaluru, Dec 1 (IANS): The investigators probing the Mangaluru cooker blast case have turned their focus towards detecting the Kerala connections with the suspected terrorist Mohammad Shariq, sources said on Thursday.

The sleuths of National Investigation Agency (NIA) and the Cyber Crime Unit officers have already reached Kerala and launched a hunt for breaking the nexus of suspected terrorist Mohammad Shariq, sources said. 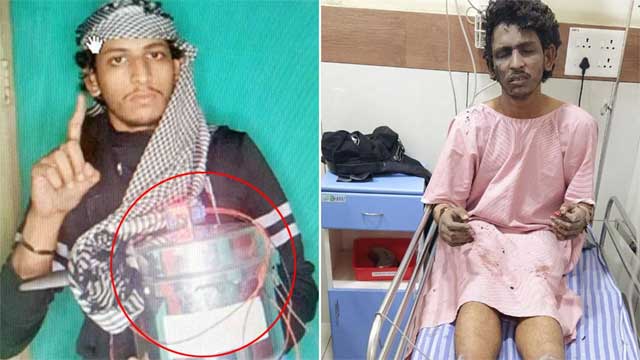 The sleuths have got information that Mohammad Shariq had stayed in Aluva, Munambam and Kochi cities of Kerala. The investigators have also gathered inputs on Mohammad Shariq being involved in a drug racket.

The sources confirmed that they were looking for a few kingpins who controlled and handled Mohammad Shariq. The sources also explained that the group planned terror acts in south Indian states. The group indulged in gold smuggling and drug peddling to fund the terrorist activities in the country.

NIA sleuths are looking into whether this group has political backing in Kerala. The investigations would also be carried out in Kasaragod district of Kerala, which is adjacent to the Karnataka border.

The Mangaluru cooker blast incident took place on November 19 at the Naguri region of coastal town. Soon after the incident, the Karnataka Police declared it as an act of terror.

Additional DGP (Law and Order) Alok Kumar had stated that the act and action of the terror suspect Sharik was inspired by a global terror network. The investigation was progressing on this front to dig out roots.

The Karnataka government had handed over the case to the NIA for further investigations.