Udupi, Nov 28: “It has come to light that terrorist activities are on the rise in coastal region due to the cooker bomb blast that occurred recently. People of the coastal region should be always alert,” said Shri Vishwaprasanna Theertha Swamiji, seer of Pejawar Math.

Pejawar Sree further said, “Citizens should get alerted as soon as they come across any suspicious activity and inform the concerned department. After Utthana Dwadashi, functions like Yakshagana, Kola, Utsav, Kambala, Deepotsava and Nagamandala will be held where people will gather in large numbers. If terror act is carried out in such places, it is a huge damage to society. Everyone should be alert all the time." 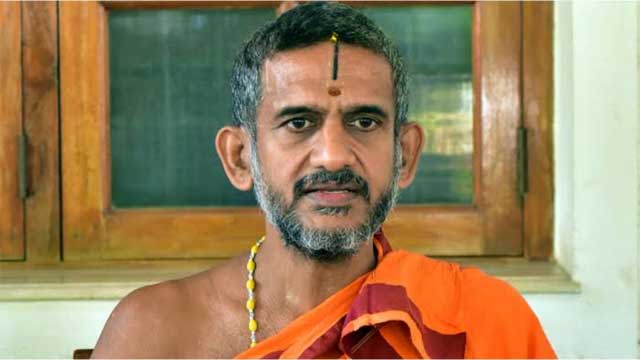 “We can see that Hindu emblems are used in these kinds of acts. Those who are creating terror acts in society are trying to project it as if it is done by the Hindu society. If anyone loses a mobile phone or any other ID document, they should immediately report the matter to the concerned department. Otherwise, in case of terror acts, the needle of suspicion will fall on such persons,” the seer added.