Mangaluru, Jul 9: The 100th birth anniversary of Sr Bartholomea was celebrated with a befitting programmes by the Sister Bartholomea Birth Centenary Committee at Saripalla Community Centre of AB Nagar here on Saturday, July 8. 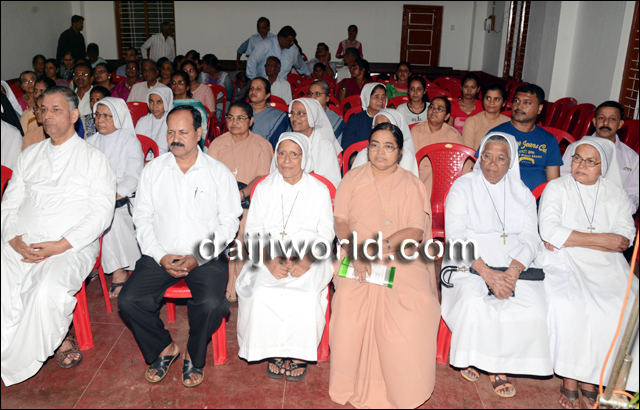 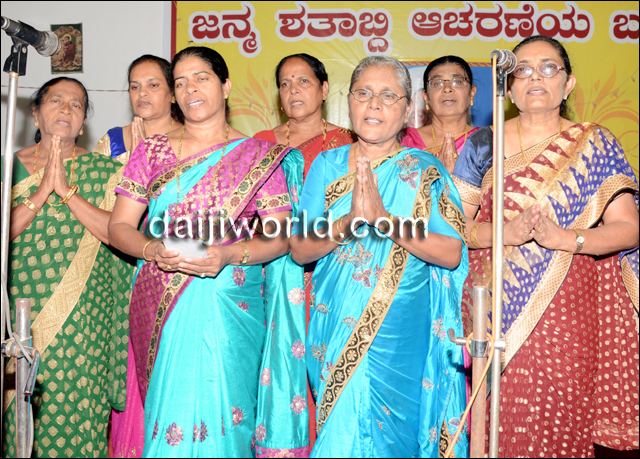 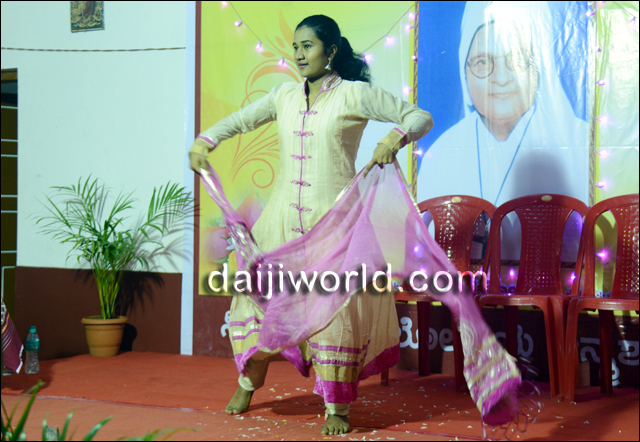 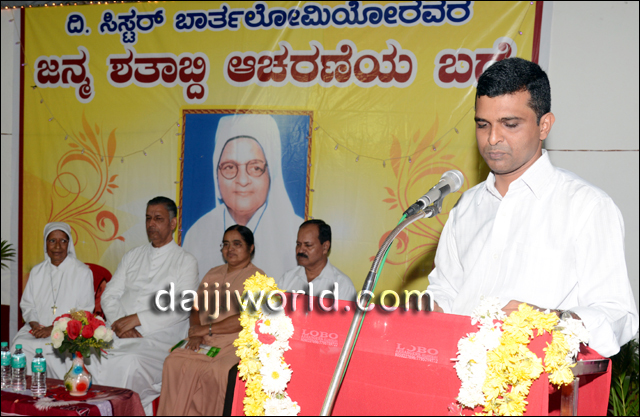 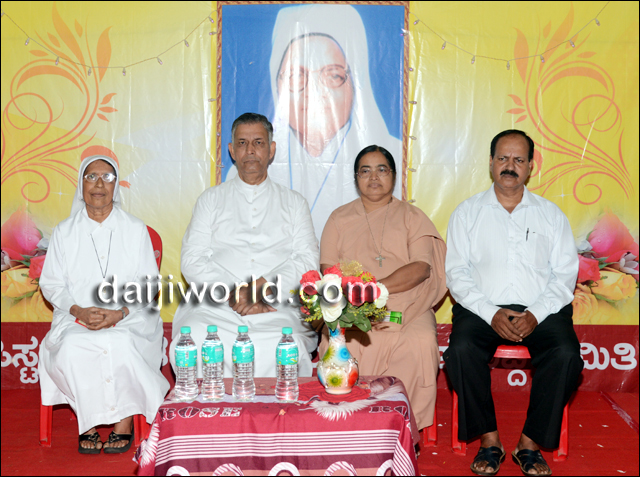 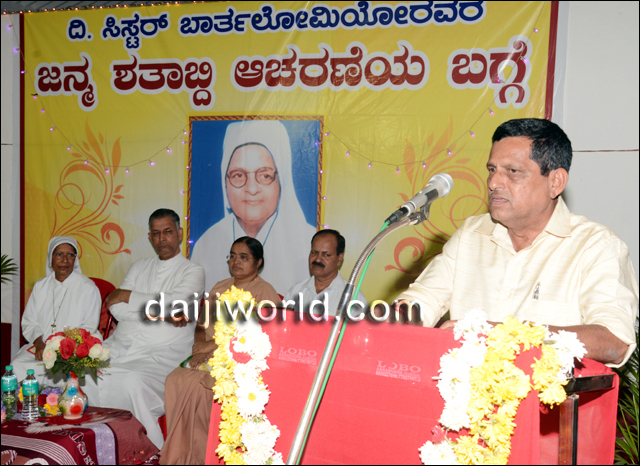 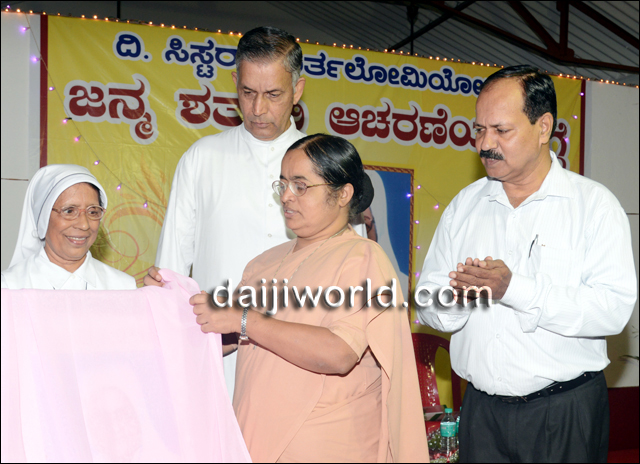 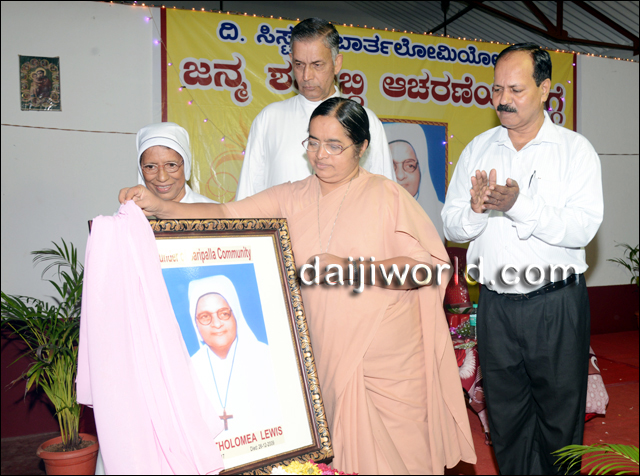 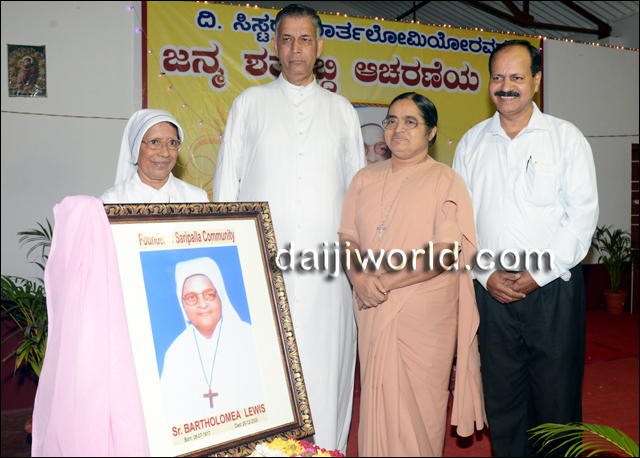 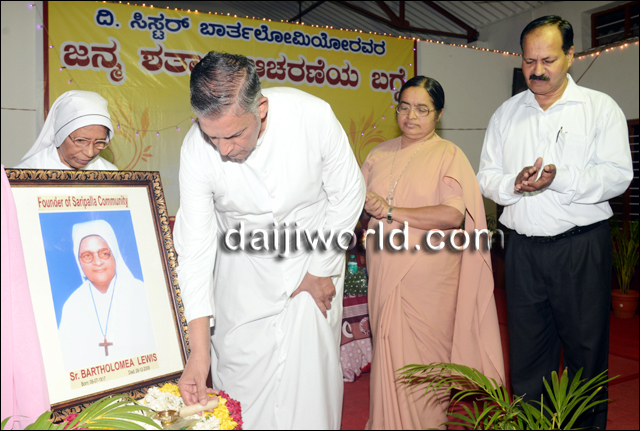 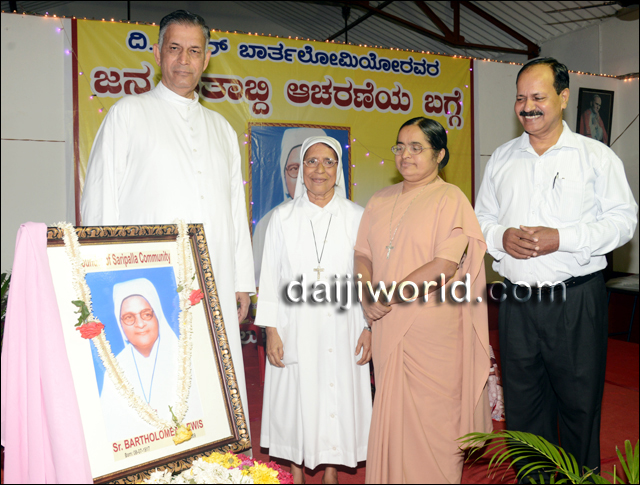 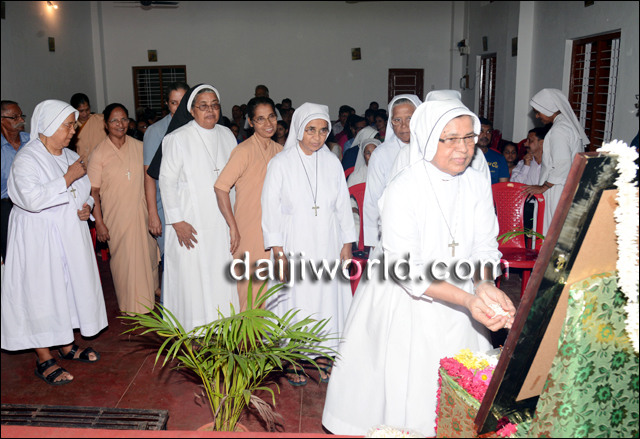 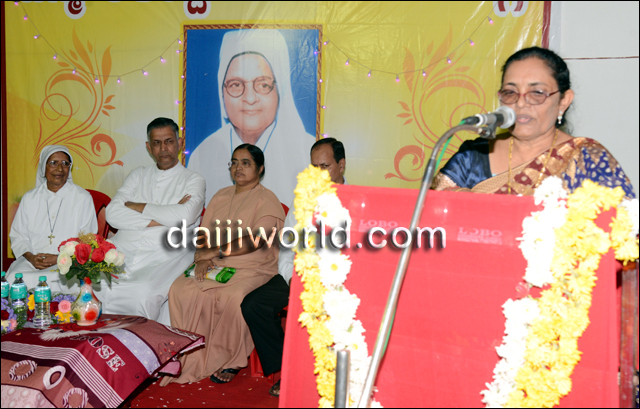 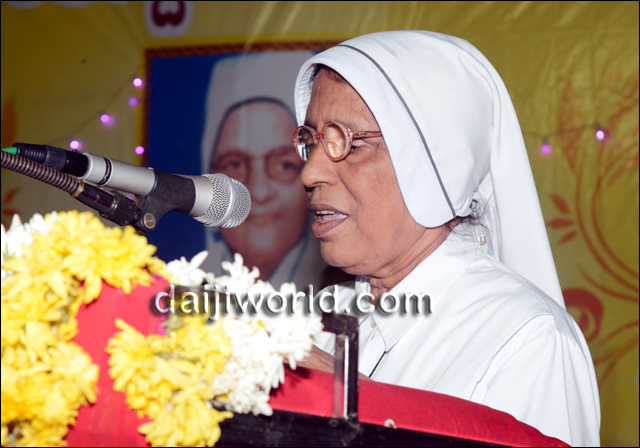 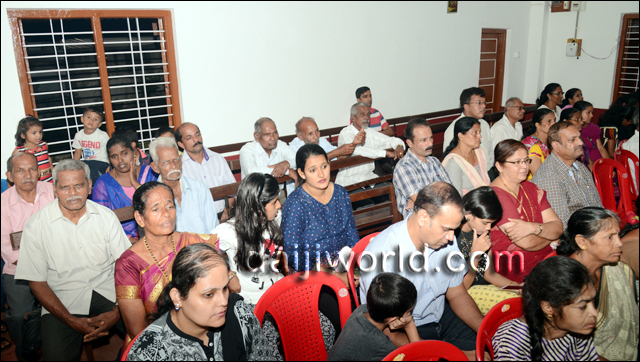 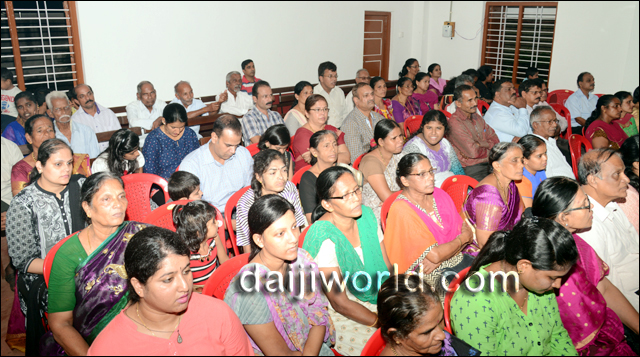 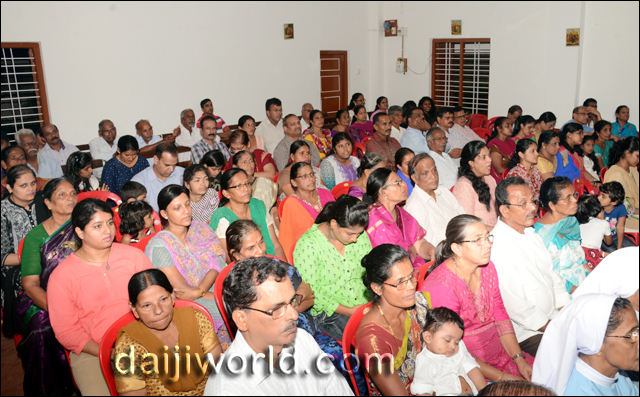 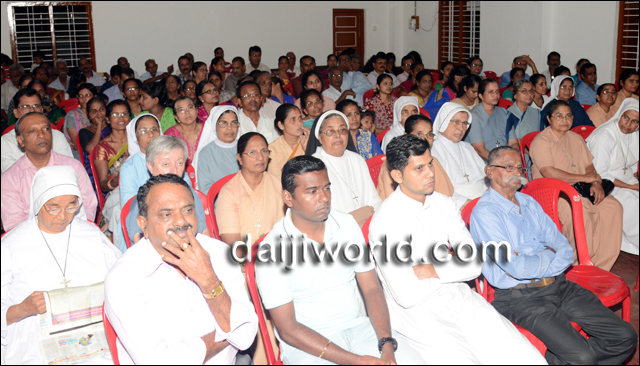 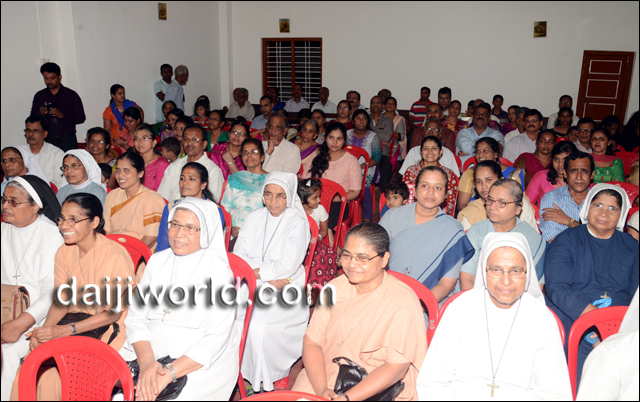 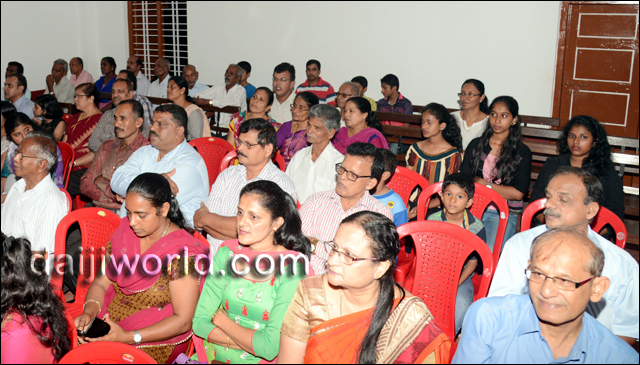 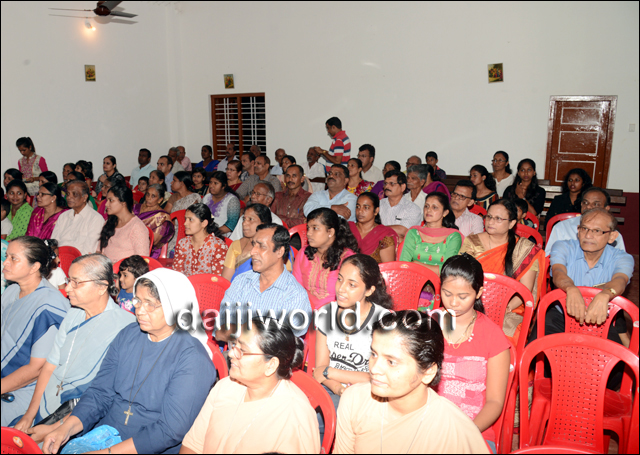 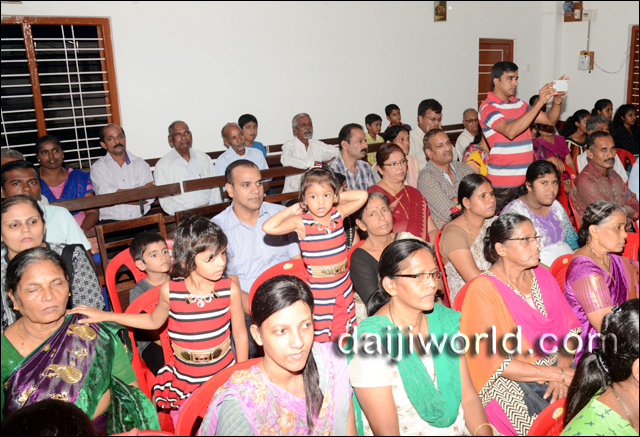 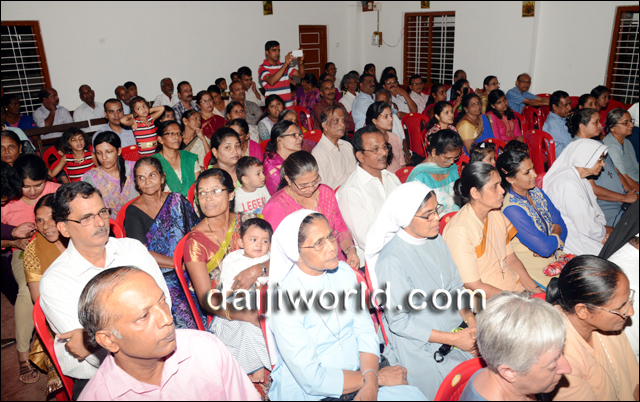 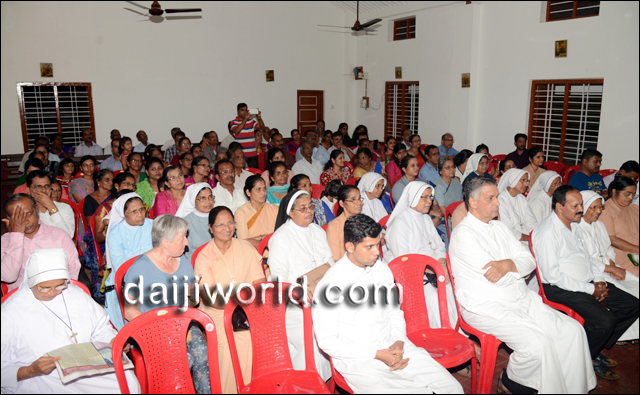 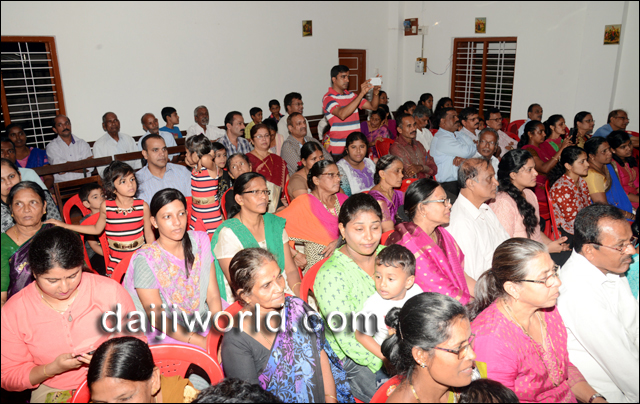 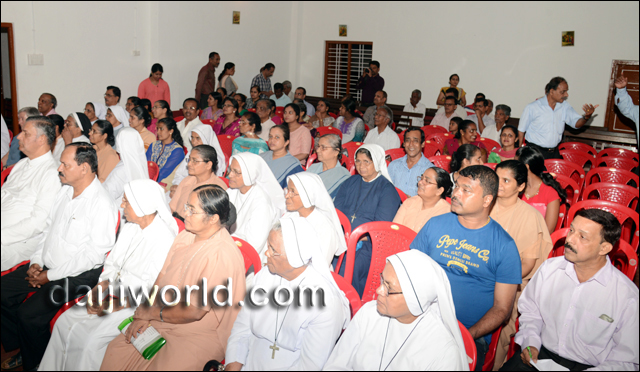 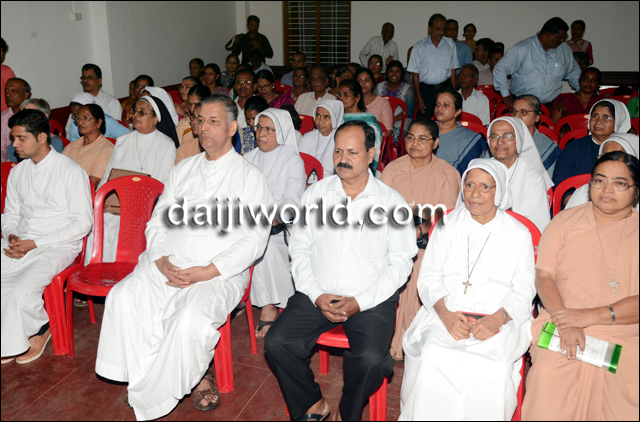 In his speech, Fr Victor said, "Sr Bartholomea used the language of service to communicate to society. She built the village which is called Saripalla. She stood with poor people and youth in their difficult times. She was the walking God. Nobody returned with empty hands when they met her. With sincere service she became role model for all religious and ordinary people. She used to supervise all the works in each and every locality constantly and giving guidance to the projects to ensure they materialised smoothly. Without caring for hunger, thirst or fatigue, Sr Bartholomeo saw the God in the service of the poor. Because of her continuous efforts today more than 1,000 families are living in their own houses happily. Today on the occasion of her centenary birthday we should remember her service and good things she did for the community and society. We should all follow in her footsteps."

Sr Sylvia Fernandes said, "I had worked with Sr Bartholomea. I experienced her love and sacrifice. With the utmost faith in God, she spread His message through her service. She built houses for the poor. She extended financial help to youths for their higher education. She built community halls. Inspired by her service, many joined in and helped her. She is a role model for selfless service. I am thankful to the centenary committee for remembering her."

Sr Bartholomea was born on July 8, 1917 in Kallianpur of Udupi district. She was the third among eight children of her parents, and had two elder brothers, two younger sisters and three younger brothers. She had shown interest in religious activities since her childhood. Her childhood name was Cecilia.

She built her career in spirituality and prayer became center point of her life. She experienced God’s love throughout her life. She wanted to become nun and expressed her desire with her teacher Fr Tallies. Under his guidance she decided to join a religious institution called Sisters of Charity. Her desire to become nun, the able guidance of her teacher and the family support, led her destination to Infant Mary’s convent, at Jeppu, Mangaluru. On March 19, 1940, on the auspicious day of St Joseph festival, the elders of the institution adopted her and sent her to Holy Angles Convent, Belvedere for further studies in religious training centre. In the three years of her stay at Holy Angels Convent, Cecilia became Bartholomea Louise. On March 25, 1943 she became a religious nun and dedicated her life to serving people and God.

Her hidden talent and interest in spreading the God’s messages not only in the country but also outside the country, made her travel to Myanmar with fellow sisters. Bartholomea showed her capacity in working there. She undertook the work supervising children’s orphanage very efficiently. At the time of World War-2, that is between 1944 to 1947, she faced many difficulties in her life, but never compromised with her duties. When the Japanese, who faced external aggression, tortured the Christians, she took little children to forest and lived there eating forest produces.

After serving 25 years in Myanmar, because of political ups and downs, all the foreigners went back to their home states. Sr Bartholomea returned to Mangaluru. In 1966 the religious heads sent Sr Bartholomea to Jeppu Infant Mary Convent. She then went to Jerosa School, where she became a teacher of teachers. She taught both children and teachers there.

She instituted Ananda Ashram in order to create economic support for the downtrodden students, under the leadership of Sr Izabella, in 1971. She took the help of people from a cross section of the society and started the hostel facility for every student regardless of their religion, caste or creed. She recognized the talents of each and every student and developed them accordingly. Thousands of students benefited by this scheme. Sr Bartholomea worked hard for them without expecting anything in return. Those who received educational assistance from her are today leading comfortable lives. Many of them joined Carmel. Many of them are donating to the poor.

Sr Bartholomea also extended her help to the homeless poor who approached her. She started the housing scheme for the poor with elder’s permission. Hundreds of economically backward people from different parts of Mangaluru, namely Attavar, Jeppu Bappal, Bajjodi, Vamanjoor, Preethinagar, Shaktinagar, Saripalla, Bajal, Adyar Padavu, got pacca houses because of her efforts. Notable thing here is, it was not restricted to any one religion or caste. She also developed the roads and water facility for them in their area. Every place got a community hall also. She expected people to gather there for festivals and prayers.

For the benefit of aged people, she also started Helpage India in 1986. She started helping destitute and sick people. More than 200 people benefited by this at that time and even today it is continuing.

Sr Bartholomea never expected any position, recognition or award. Her only motto was to help. She performed all her duties with peace of mind. She worked for the betterment of each and everyone in society irrespective of caste, creed, sect, religion, language or educational qualification. She worked with trust, credibility and love with everyone. She also expected the beneficiaries to follow the same principles in life.