Udupi, Aug 12: In a unique incident reported from Kuthyar near Shirva in the district, an elderly couple belonging to an agricultural family, lived a long life for decades together and died on the same day.

Ramanna Shetty (90), resident of Kuthyar, was suffering from age related illness. His family members called ambulance to take Ramanna Shetty to their Kinnigoli ancestral house. As Shantha Shetty (85), wife of Ramanna Shetty, heard the sound of siren of the ambulance, she suffered cardiac arrest. She was taken in the same ambulance to hospital. But she did not respond to treatment and died. 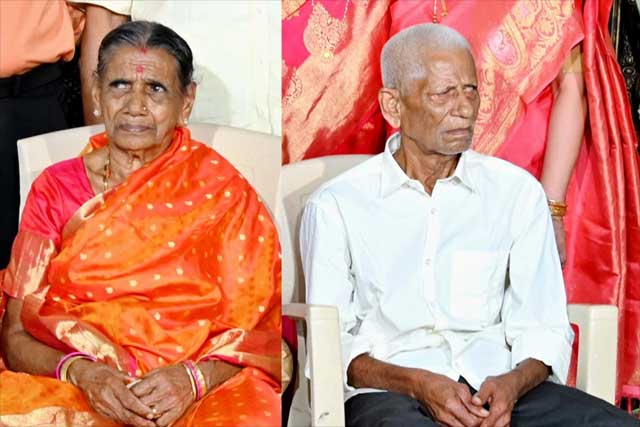 As the mortal remains of Shantha Shetty were brought home and preparations were being made for last rites, Ramanna Shetty passed away. Bodies of both Ramanna and Shantha were kept on the same funeral pyre and consigned to flames.