New Delhi, Aug 8 (IANS): American singer-songwriter Chris Brown couldn't control his excitement after seeing an Indian family dancing to his track 'C.A.B. (Catch A Body) (feat. Fivio Foreign)' in what appears to be a Sangeet ceremony.

Brown took to his Instagram, where he shared the video. In the clip, a group of boys and girls dressed in kurtas paired with pyjamas holding torch lights are seen grooving to his track. 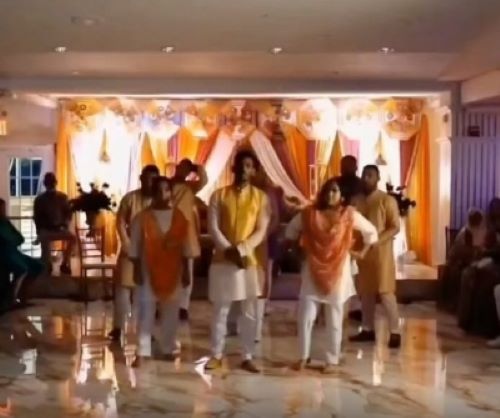 "I'm in amazement every time I see the world rocking with me #breezyseason," he wrote as the caption for the video, which currently has 144K likes on the photo-sharing website.

'C.A.B. (Catch A Body) (feat. Fivio Foreign)' was released almost a month ago.

Brown has also pursued an acting career. In 2007, he made his on-screen feature film debut in 'Stomp the Yard', and appeared as a guest on the television series 'The O.C.'

Title: Chris Brown in awe of Indian family dancing to his number in Sangeet ceremony