Bengaluru, Aug 7: As against ruling BJP selling the national flag at a cost of Rs 22 each as part of its ‘’Har Ghar Tiranga’’ programme, the State Congress party will be distributing national flag, a cap and a t-shirt free of cost for those registering their names to participate in the party’s freedom march from Sangolli Rayanna Circle to Basavanagudi on August 15.

“We have brought over 1.5 lac national flags, caps and t-shirts for those joining in the Freedom March by carrying the tri-colour,’’ KPCC Chief D K Shivakumar said in Bengaluru on Sunday. 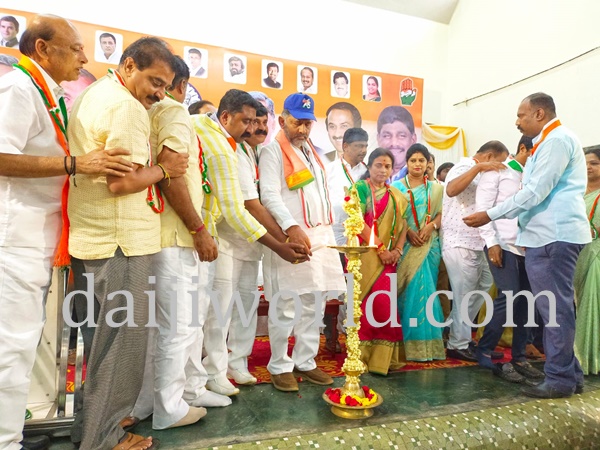 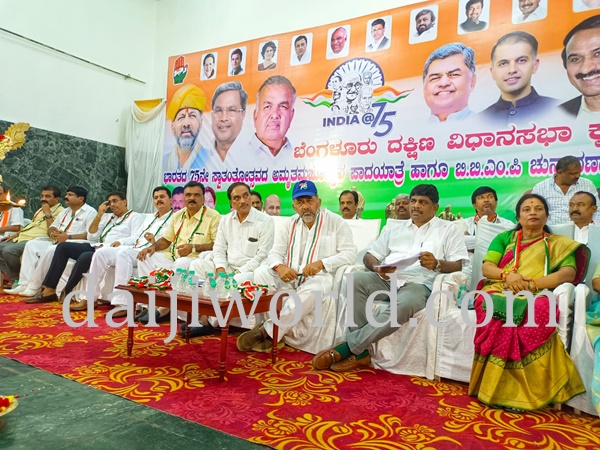 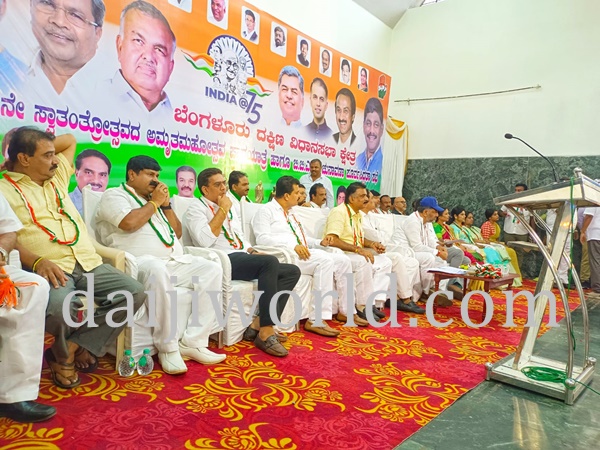 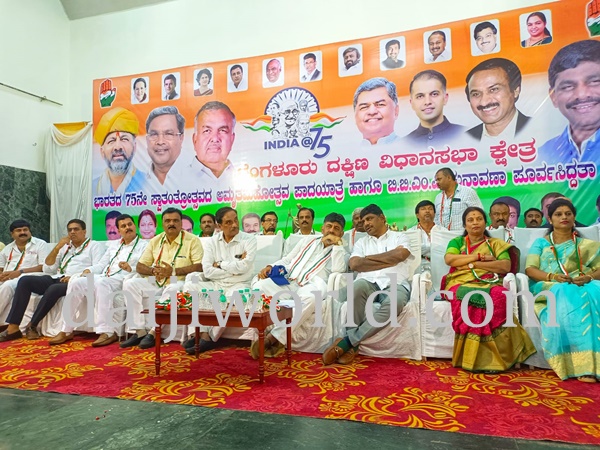 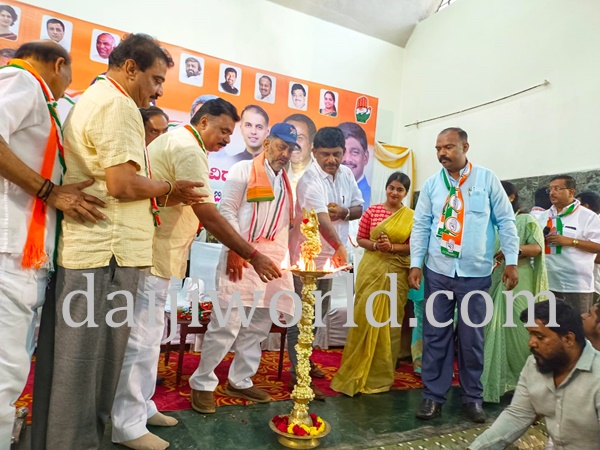 Shivakumar appealed to the public and party workers to use buses, railways and metro services to travel on the Independence Day and avoid use of personal vehicles as far as possible to reduce traffic congestion.

He urged Chief Minister Basavaraj Bommai to announce 50% concession to all metro users on August 15 to enable the people to move around and celebrate the Independence Day Amrit Mahotsav.

The KPCC Chief thanked the Chief Minister for granting the permission for the party’s Freedom March carrying the national tricolour.

Speaking to media persons in Bengaluru on Sunday, he charged the ruling BJP of fixing the reservation of BBMP wards to suit their political convenience and ensuring that wards where Congress party has strong candidates were fixed for women, backward classes and scheduled castes, scheduled tribes instead of doing it on the basis of population.

Of the 93 wards coming in the assembly constituencies, as many as 76 have been reserved for women, he said leaving it to the people to decide whether the decision was correct.

“Our party leaders have already lodged their strong protests against the partisan and whimsical reservation of wards without following the population norms. However, we will fight and contest the elections,’’ Shivakumar said.

The KPCC Chief said over 3,000 objections had been filed against the arbitrary and partisan fixing of wards and reservations, which have not been addressed.

Answering questions on speculations over the possible change of Chief Minister and ministers, Shivakumar said: “It is BJP’s internal matter. Let them make anybody the

Chief Minister. They are free to make or change ministers too. We are not bothered about this. What the party and people demand is good governance and social justice. Corruption in the government is rampant.’’