Udupi: Another abandoned two-wheeler on bridge in a day, rider feared drowned

Udupi, Jul 7: A day after an abandoned motorbike was found on Marvoor bridge in Mangaluru and the rider feared to have committed suicide, a similar incident has been reported from Manipura's Dendoorukatte bridge.

A youth has parked his scooter on Manipura's Dendoorukatte bridge and gone missing.

Punit Kulal (28), a resident of Samruddhi Nagar of Dendoorkatte is the person who is missing. It is said that Punit, who works in Manipal, consumed alcohol on July 6 and then went to Dendurkatte. 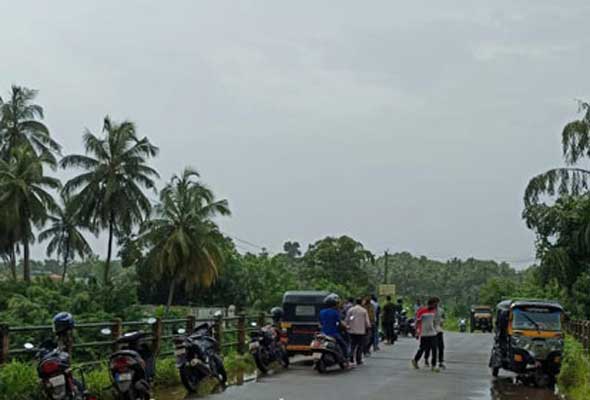 As his scooter is found parked near the bridge, it is suspected that he must have jumped into the river.

Kaup police have registered a case. Search for the missing youth in the rivulet did not yield any result.

Title: Udupi: Another abandoned two-wheeler on bridge in a day, rider feared drowned