2 killed, 4 wounded in IS bomb attacks in Iraq: Sources

Baghdad, Jul 3 (IANS): A soldier and a civilian were killed and four people wounded in two attacks by militants of the Islamic State (IS) terror group in northern and central Iraq, security sources said.

In the northern province of Nineveh, a soldier was killed and two others wounded when a roadside bomb, believed to be planted by IS militants, exploded near an Iranian security unit outside a village near the town of Tal Afar, nearly 70-km west of the provincial capital Mosul, an army officer told Xinhua on condition of anonymity. 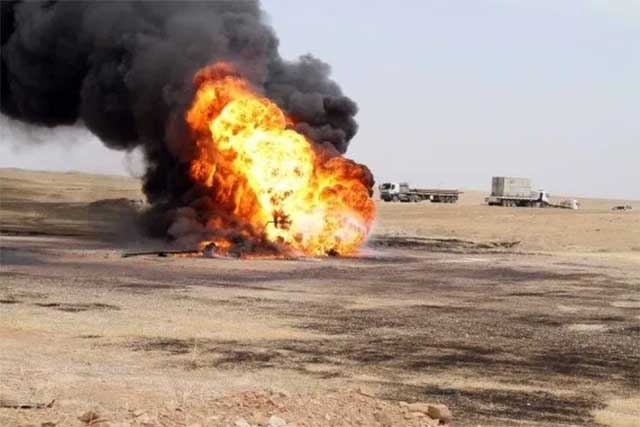 The source said the attack took place on Saturday when the troops were hunting down IS militants in the area, Xinhua news agency reported.

In a separate incident, a civilian was killed and two others wounded when a roadside bomb, reportedly planted by IS militants, exploded in a village in the Tarmiyah area, nearly 30 km north of the capital Baghdad, Ihsan al-Rubaie from the Baghdad police told Xinhua.

Iraqi security forces have been fighting IS militants over the past months to crack down on their intensified activities.

The security situation in Iraq has been improving since the defeat of the IS in 2017. However, its remnants have since spread into urban centres, deserts, and rugged areas, carrying out frequent guerilla attacks against the security forces and civilians.

Title: 2 killed, 4 wounded in IS bomb attacks in Iraq: Sources