Mumbai, Jun 2: The Council of the International Catholic Migration Commission (ICMC) has elected Christine Nathan from India as the commission’s new president. She is the first ICMC president from Asia. She belongs to the Archdiocese of Bombay and nominated to the ICMC Council by the CCBI Migrant Commission. 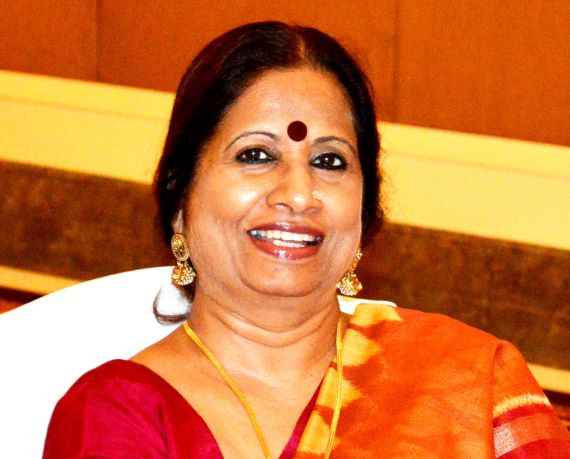 She is the member of Migrant and Labour Commission of the Archdiocese of Bombay. Christine is a senior education specialist in Adult and Workers Education with experience over 40 years. Having a strong multi-speciality background Christine has worked with the International Labour Organisation (ILO - UN) with Govts, employers and workers. Regional specialist on adult education, Occupational safety and health.She has engaged herself with NGO’s and Civil Society Organisation’s on several social issues at the National and international levels.

As a strong and devout Catholic she states her vision as ‘Child labour to be eradicated, Laws and Legislations for Migrant Workers, strengthen labour inspection on trafficking of children of migrant workers, Poverty Eradicated, Decent Work for Workers and the Families, Gender Equality and Equity’. She believes following this is following the path of Jesus who liberated the people from every form of exploitation.

Being an Indian woman to raise the issues of women and Children she is into trade union activities. She holds the position in Hind Mazdoor Sabha a prominent Trade Union of India, as a Member of HMS Working Committee, representing HMS at ILO and other UN Agencies, including working on UN SDG’s Sustainable Development Goals. She is also a Member of HMS Women’s Committee and a Member of HMS Trade Union Education Committee.

As the newly elected President Christine addressed the Council saying that her association with ICMC commenced in 2016 where she was asked to attend a meeting in New Delhi to understand the work done by a few NGO’s on different issues, including migrants and refugees as well.

From then on she attended meetings organized by ICMC in the Asian Region in India, Thailand, Malaysia and Geneva. She got further interested and involved when the ICMC took on the ILO issues of Decent Work, Future of Work, Labor after Laudato Si. Having worked with the ILO for more than 10 years she was familiar with the issues and role of the tripartite constituents and stakeholders on the subject.
As the President, she assured her full support and agreed to work with the Secretary General and his team to enhance the work of the ICMC. A lot of work has already been done so far despite several challenges faced by Migrants and Refugees.

The ICMC meeting commenced on May 30 and ended on June 1in Rome. The new president is an assurance for Asia particularly for Indian Church in caring for the Migrants and Refugees as the new president carries with her long years of working with International Organizations.