Mangaluru, May 26: Likeminded associations condemned the Karnataka Right to Freedom of Religion Bill, 2021 which is being called as the ‘anti-conversion bill’ and termed it as illegal having several loopholes.

Recently Karnataka Governor Thawar Chand Gehlot has given his assent to the ordinance that gave effect to the Karnataka Right to Freedom of Religion Bill, 2021.

Addressing media here on Thursday May 26, former MLA J R Lobo said, “The anti-conversion bill is targeting one particular community. Some of the sections in the bill are unacceptable. The bill consists non-bailable sections in it. For the sake of politics, BJP government have brought in the anti-conversion bill which creates differences between communities. We urge the government to withdraw the bill and take opinion from the experts and public.” 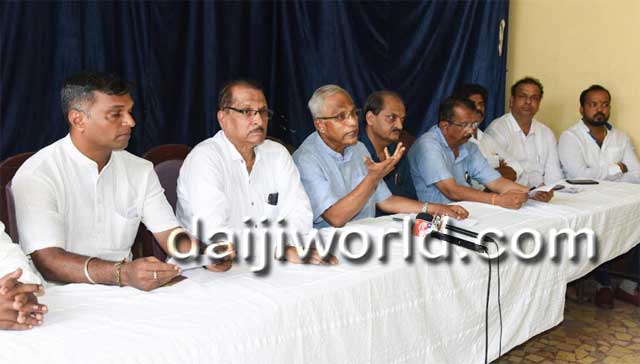 Sunil Bajal said, “In order to hide the failures of the government, the BJP is creating friction between religions. The BJP is targeting the minority community by hatching conspiracy in the pretext of the bill.”

Activist M G Hegde said, “We will not accept the anti-conversion bill which is unethical. The bill should be discussed with experts and public.”

Ramananda Poojary, Sadashiv Ullal, Prakash Salian and others were present.